Many people are sick of hearing about Reps. Rashida Tlaib and Ilhan Omar, as well as Reps. Alexandria Ocasio-Cortez and Ayana Pressley. Who can blame them?


Many say not to give them more publicity. Ignore them. But that would be far from a pragmatic move.

Thanks to the mainstream media they are front and center, and thus far there have been no serious efforts from senior Democratic Party members to put these freshman representatives in the background.

Tlaib, Pressley and AOC sit on the House Committee on Oversight and Reform and the Financial Services Committee. Tlaib also sits on the Subcommittee of Oversight and Investigations.

They are loud, they are focused, and they are determined to advance their agenda—a major part of which consists of undermining the State of Israel, destroying U.S.-Israel relations and ultimately, destroying Israel.

Ignoring them in the hope that they’ll go away is hardly a solution.

Then what is the solution?

Well, for one thing, one cannot ignore the ominous direction the Democratic Party has been moving in. All their presidential candidates, without exception, have adopted in one way or another the Tlaib/Omar platform vis-a-vis Israel. It is imperative that American Jews—those that have not been swept away by the irrational demonization of President Donald Trump—support the Republican Party and make every effort to see a Republican victory in 2020.

To whine and groan over Trump’s unorthodox style is no more than an exercise in virtue signaling and ultimately serves only to avoid the big picture. The Democratic Party is steadily being taken over by members who are anti-American, not only anti-Jew and anti-Israel. Unorthodox or not, Trump is devoted to his country, and possesses the courage and certainly the temerity, to put Rashida, Tlaib, AOC, Pressley and their accomplices in their place.

With the recent betrayal of Israel on the part of AIPAC, Conference of Presidents of Major Jewish Organizations, the AJC and the ADL, American Jewish resources are unreliable, to say the least. These organizations, that tout being the American Jewish leadership, are actually leading American Jewry down a catastrophic path. By not speaking out forcefully against these four anti-American, Jew-hating bigots, they are in effect empowering an evil whose influence is spreading like wildfire.

Israelis often hear the claim by these organizations of American Jewish leadership that if not for them and their power base, Israel couldn’t survive.

The hard truth, however, is that they lack the courage to save their own behinds, let alone Israel’s. They’re way too busy basking in their titles and patting themselves on the back over their delusional self-importance to open their eyes to what is happening to American Jews throughout the United States.

Why, for example, have they all been ineffectual for over a decade in combating the countrywide attacks instigated by the Muslim Brotherhood against pro-Israel Jews on virtually all university campuses? Where has this American Jewish “leadership” been hiding all this time? Certainly their voices were loud and clear when recently denigrating Israeli Prime Minister Benjamin Netanyahu’s government for barring BDS and terrorist supporters Tlaib and Omar from entering Israel. For that, they suddenly awoke from their catatonic state.

How utterly sad and frightening that those American Jews who do have their eyes open, and who are likewise pro-Israel, have no representative body to turn to. They are caught in a tidal wave, and the tsunami of anti-Israel/Jewish bigotry is drowning them out. To our great shame, the “American Jewish leadership,” who consistently prove their impotence, are unwilling or incapable of throwing their fellow Jews a lifesaver.

For this, to the detriment of American Jewry, there is no apparent solution. However, American Jews can still wise up, focus on the big picture and make a difference at the voting booth. The absence of leadership does not excuse anyone for the absence of responsibility.

(Zahava Englard Shapiro is a Jerusalem based author and writes books, articles and news analyses focusing on Israel and other matters of Jewish interest) 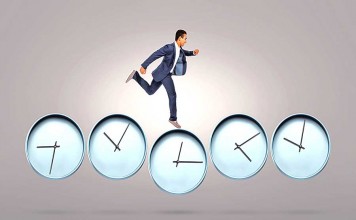