In an amazing statement, Senator Ted Kennedy (D-MA) recently said that “The war in Iraq has made the mushroom cloud more likely, not less likely,” and that President George W. Bush has increased the danger of a “nuclear 9/11.”This is the latest creative example of Senator Kennedy marginalizing himself. Nonetheless, Kennedy’s declaration rekindled a thought that has nagged at me for some time. Namely, it is quite ironic than in removing Saddam Hussein – a man who was widely perceived as a nuclear threat – George W. Bush in effect sought to protect the so-called blue states that did not vote for him in 2000 and will not support him in 2004. Those blue states contain the largest swell of pure hatred of Bush, of thousands who turn blue with rage at mere mention of the man.Before further considering that thought, consider some crucial background:Throughout the 1990’s, it was assumed that Saddam Hussein was not only stockpiling chemical and biological weapons but was working around the clock to acquire nuclear arms. I can speak to this from a unique perspective, as both a policy wonk and a professor: I started the 1990’s, the Clinton years, on the staff of a major think tank, the Center for Strategic & International Studies, where my area of study was Iraq’s WMD programs. I finished those years as a professor at Grove City College, where I continued to specialize in the issue of Iraq’s WMD.Throughout that Clinton period, I reiterated the terrifying consensus – that Iraq was only 18 months away from having a nuclear bomb. At one point in 2001, a returning student sitting in on a lecture reminded me that I had said the same thing years earlier. Yes, I had. And still no bomb. That fact, however, never lowered the anxiety of the consensus, one that was grounded in evidence.Here were the facts: In the mid-1990’s, the United Nations Special Commission on Iraq (UNSCOM) learned that Saddam had created an enormous nuclear weapons program that dated back to the 1970’s. Spread among 25 facilities, it employed 15,000 technical people. Based on a Manhattan Project bomb design, Iraqi scientists pursued five different methods for separating uranium. Saddam pumped $10 billion into the program, thus far to no avail. That is a description of Saddam’s nuclear ambitions. The frightening details of the chemical and biological stockpiles he actually developed could fill books.Saddam’s relentless pursuit of WMD forced the international community, via the United Nations, to apply sanctions on Iraq starting in 1991. As part of the Gulf War ceasefire, Saddam agreed to the inspections. He quickly reneged, and inspectors endured endless cat-and-mouse games in trying to do their job. The inspectors eventually achieved notable success ? by the mid-1990’s they found and destroyed a massive amount of weapons.By the late 1990’s, however, Saddam was again obstructing inspectors at every turn. By December 1998, the Clinton administration was fed up, and unleashed a flurry of cruise missiles at Iraqi sites.These Clinton strikes, which happened repeatedly, were ineffective in stopping Iraq’s pursuit of WMD. They did not remove the root – Saddam and his regime. The strikes destroyed buildings and killed Iraqi people, though none named Saddam, Qusay, or Uday.The debate in 2002-3 was not over whether Saddam had WMD but how to disarm him. The option favored by the French and German governments and Kofi Annan was to continue inspections and sanctions. The George W. Bush-Tony Blair approach maintained that the only way to truly disarm Saddam was to remove him.How does this relate to the blue states?We understood that the primary targets on Saddam’s nuke list, if and when he developed the capability, would be big cities like New York, Washington, DC, Los Angeles, and Chicago, all filled overwhelmingly with Democratic voters. Washington, DC votes 80-90 percent for the Democratic presidential candidate. New York, Los Angeles, and Chicago reside in blue states with huge numbers of Electoral College votes that will go against Bush. When George W. Bush risked his presidency to go to war in Iraq, he essentially did so to remove a perceived nuclear threat to these cities, to these blue states. Indeed, a nuclear-armed Saddam would have targeted Los Angeles or New York City, not Omaha or Wichita (i.e., cities in pro-Bush red states).This is the height of irony: President Bush is most rejected by the blue-state cities that he sought to protect from a nuclear attack. (Equally ironic, people in those cities always cast ballots for liberal politicians who vote against missile defense.) And, if Bush fails to win enough electoral votes in 2004, he will have failed because those in these cities deeply despise him for going to war to remove Saddam Hussein. Go figure.Amazing – maybe more amazing than Ted Kennedy’s latest remarks. 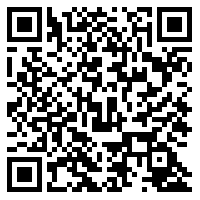