What U.S. President Barack Obama has achieved is impossible, if not miraculous. He has pushed the Saudis, the Sunni Gulf states, Egypt, and the Israelis into each other’s arms.

The president sees his negotiations with Iran as restricting Iran’s nuclear ambitions. In reality, Obama has moved back the goalposts. The goal before was clear enough: to prevent Iran from developing a nuclear device. The goal now is to monitor a nuclear infrastructure which has a breakout capacity that can easily lead to a nuclear weapon.


The president has not flip-flopped this much on foreign policy since he had to decide what to do in Syria.

In both cases, Obama managed to inspire some confidence among the peoples of the region, which is why his policies have produced cooperation among unexpected partners, all of whom now feel betrayed by the president’s embrace of Iran.

The president’s supporters have argued that a nuclear deal is in no way contingent on Iran’s foreign policy. Iran’s hegemonic aspirations are dismissed as inconsequential. Its support of terrorists in the region and its export of terrorism overseas to kill Jews in Argentina are also said to be independent considerations.

The expansion of Iranian influence into Yemen after a recent coup puts Tehran in position to fight for control of access to the Red Sea, the Gulf of Aqaba, and the narrow Straits of Tiran. Iran could thus cut off the Israeli port of Eilat, the Jordanian port of Aqaba, and the Saudi port of Jedda – not to mention Port Sudan, one of East Africa’s most important facilities.

To hear MIT Professor James Walsh, who thinks the agreement with Iran is a stunning achievement, none of this is relevant to negotiations with Iran. After all, the Soviets had expansionist ambitions when we negotiated arms control treaties with them.

The Soviets already had a nuclear arsenal, and agreements reached with Moscow were largely symbolic. We got rid of systems we did not want, and so too did they. The world applauded while both sides set out to create new and better weapons and delivery systems. Soviet innovation led to re-loadable silos – never a topic in negotiations that revolved around the number of missiles they had. One silo, one missile – or so we thought.

If there is a lesson to be learned from our dealings with the Soviets, it is that an agreement is only as good as the transparency of the parties that enter into it.

The Soviets already were a world power, as well as a regional hegemonic power. The Iranians aspire to be at least a regional power, and conceivably more. We had no choice regarding the Soviets. We have a choice regarding Iran, and Obama’s emerging agreement with Tehran will legitimize their aspirations.

Iran has expanded into Iraq, providing hundreds of military advisers. The Iranians have organized Shiite militias to defend Iraq against the Islamic State.

As Iraq fights to retake Tikrit, Iranian advisers are playing a prominent role, and the Obama administration is at least indirectly coordinating airstrikes with Iranian tactical moves.

In Syria, Iran props up the regime of Bashar al Assad, while using its ability to project power through Syria to the Golan Heights, where Iranian generals prepare for war against Israel.

Iran is the major supporter of terror groups Hezbollah and Hamas. All of Iran’s clients are recipients of its technology for building missiles, rockets, and military hardware – so boasts Brig. Gen. Amir Ali Hajizadeh of the Islamic Revolutionary Guard Corps.

The Obama administration can mock Israeli Prime Minister Benjamin Netayahu’s notion that Iran is gobbling up Arab countries. But add to Iran’s presence in Syria, Lebanon, and Iraq, the Shiite coup in Yemen, a country that controls access to important ports on the Red Sea, and you get a picture of the changing strategic dynamic in the region.

But there is an obvious difference. The Shah was not only our partner – he also had no expansionist ambitions.

Obama has failed to appreciate the difference, but neither the Arabs nor the Israelis have made the same mistake. 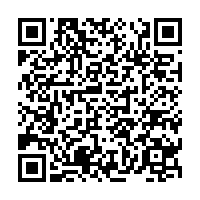