Last week, 10 Senate Democrats who had persistently expressed concern over President Obama’s concessionary policy toward Iran announced via a letter to the president that they would desist from seeking to pass new legislation to reimpose sanctions in the event of a failure of nuclear talks.

Under reportedly enormous pressure from the White House, the senators said that they would await the March 24 deadline for a negotiated agreement with Tehran, despite their doubts that any such agreement would be forthcoming.


This delay is a serious mistake, because one of the few things that might induce Tehran to agree to terminating its nuclear weapons program would be the certainty of renewed tough sanctions if it did not do so. Now such pressure is absent, and the chances of Iran agreeing are correspondingly reduced.

But this is only the latest blow to diplomatic efforts to prevent Iran becoming a nuclear threshold power. The fact is, Obama has a six-year record of indulging and conceding to Iran without having achieved anything to prevent it becoming a nuclear power, which he’s repeatedly and publicly proclaimed he would do “everything, everything” to prevent.

Obama could have availed himself of the huge demonstrations in Iran following the rigged 2009 presidential elections there to coordinate international pressure on the regime. He could have even called for the regime to step aside – as he did in 2011 when an American ally, Egyptian President Hosni Mubarak was similarly assailed by mass protests. Instead, he refused, saying that it was “not productive” to be “meddling…in Iranian elections.”

Obama has a disturbing record on Iran sanctions. For over a year after entering office he prohibited a Congressional vote on new sanctions. Moreover, the 2010 UN Security Council sanctions regime Obama eventually supported included huge exemptions for numerous countries, like China, which has extensive contracts in Iran’s energy sector developing oil refineries, and Russia, which supplies S-300 surface-to-air missiles to Iran.

In 2011, Obama sought to torpedo or weaken new and stronger Congressional sanctions on Iran, even after these had been softened at his request, leading Senator Bob Menendez (D-NJ), then chairman of the Senate Foreign Relations Committee, to publicly and angrily criticize the administration.

In 2013, Obama quietly lifted financial pressure on Tehran, stopping the blacklisting of entities and individuals assisting Iran’s evasion of international sanctions. He also damagingly publicized Israeli preparations to deal militarily with Iran, including Israel use of Azerbaijan airfields.

Then came the biggest subversion of the cause of keeping Iran nuclear weapon-free: the Geneva Interim Agreement with Iran, which gave Tehran vital sanctions relief totaling some $20 billion (not the $6-7 billion originally conceded by the Administration) while permitting Iran to retain – intact – all the essential elements of its nuclear weapons program:

* Continued uranium enrichment to 5 percent (which, with 19,000 centrifuges, can enable swift enrichment to weapons-grade level, allowing Iran to become a break-out nuclear state in a matter of months)

* Continued research and massive upgrading of centrifuges, enabling Iran to achieve a nuclear breakout in a mere two months

* Continued nuclear research at military installations like Parchin, which remain off-limits to inspectors

* Continued intercontinental ballistic missile (ICBM) programs, whose only purpose is carrying nuclear warheads and which, according to U.S. intelligence, will enable Iran to strike the U.S. itself by 2015 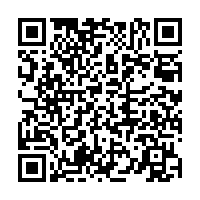