The huge “9/12” protest in Washington was the latest expression of discontent over President Obama’s leftward policy thrust. The discord is evident from the Tea Party movement to the chaotic town halls on health care reform.

The mainstream media and American left are thrown off by this, clearly wanting to dismiss it as a giant, petulant right-wing rant. Some “journalists,” as well as Democratic members of Congress, have described these genuinely concerned citizens in very demeaning terms, from “racists” to “Nazis.”


I know why the left is dismissive.

First, it’s difficult to know if the protesters are mostly people who didn’t vote for Obama, or, more significant, if they include Obama voters who have angrily bolted the president.

Using data, I’d like to try to explain what took place.

Here’s the rub: On November 4, 2008, a largely conservative American electorate elected an extremely liberal American president. And now that that president is governing from the extreme left, a sizable portion of that electorate is in revolt. It’s that simple.

Let’s start from the beginning.

As a senator, Barack Obama was ranked the most liberal member of arguably the most liberal Senate in the nation’s history by the respected, non-partisan National Journal – famous for its rankings. Americans had never elected as president anyone from that position. Yet, that’s precisely what they did last November 4, and by an impressive margin.

Like many observers, including my liberal friends, I assumed America voted that way because the nation had shifted to the left. That was my immediate feeling.

Of course, feelings shouldn’t drive conclusions. So I went to the data, to the numerous exit polls widely available. There, I expected a reversal in the longtime pattern – beginning under Ronald Reagan in the 1980s – where Americans call themselves “conservative” rather than “liberal” by a roughly two-to-one margin, or by around 40 percent compared to 20 percent.

Those numbers must have finally flipped in 2008 – or at least narrowed dramatically, right? No. Despite voting for the most leftist president in the history of the republic, the electorate continued to identify itself as conservative over liberal by roughly two to one – around 40 percent to 20 percent.

Maybe this magically turned in Obama’s favor upon his inauguration? No.

During Obama’s first 100 days in office, a survey by Clarus Research Group asked Americans which president should be the model for Obama in shaping his presidency. Surely, the public picked a liberal, right? FDR or LBJ?

No. The electorate’s top choice was America’s most conservative president: Ronald Reagan.

Is that even remotely logical? No, it isn’t.

One more example: A recent Gallup poll reported that conservatives outnumber liberals in literally every state.

Again, that isn’t a surprise, but the specifics of the poll are worth detailing:

It was conducted January through May, when Obamamania was at its peak. Gallup surveyed 160,000 people, far and away a big enough sample for an accurate representation. It found 40 percent calling themselves conservative and 21 percent opting for liberal – largely unchanged from Gallup findings over the past two decades, including the 2004 presidential race (40 percent to 19 percent) and 2000 campaign (38 percent to 19 percent).

The shock is that such an electorate would choose a president so far to the left.

What the country elected, however, was an appealing politician campaigning under a nebulous, catch-all-be-all banner of “change.” Americans didn’t cast ballots in favor of Obama’s sweeping left-wing ideological preferences – which they knew little about, in part thanks to the same liberal media now fuming at the protesters. They voted for personality; they elected Obama, not his politics.

Obama didn’t get a “progressive” mandate.

This is a conservative country. It will not be easily governed by a president governing from the big-government, collectivist left. Obama is doing that, and thus the backlash. We’re watching the inevitable clash between a schizophrenic, irrational electorate and a principled, leftist president. 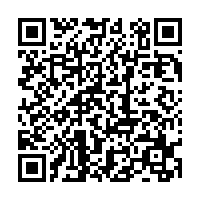