President Obama’s visit to Israel, and particularly his speech to 500 university students, was a winner at many levels including one he probably had not even considered. In how many countries can the President of the United States call forth the passions of the local people and have confidence that he is calling forth the “better angels”? He did it in Israel.

The President touched on deeply felt emotions for Israelis, worked hard at erasing the faux pas of relating Israel’s national origins to the Holocaust, twice declined to call Israeli settlements “illegal” while standing next to P.A. leader Mahmoud Abbas, and he praised Israeli technology, ingenuity, democracy and culture. Remarking on the upheaval in the Arab world he said, “So much of what people in the region are seeking is happening here [Israel].”

Yes, that is something he should have said in Cairo or Ramallah. And yes, he called for a “two state solution” that has little chance of success. And yes, yes, he made false analogies between Palestinians and Israelis. And yes, yes, yes, he called Abbas, whose single elected term expired in 2009 and who has been increasingly repressive and willing to incite against Israel and the U.S., a “partner.” And no, Israel cannot “reverse an undertow of isolation,” that is generated by other people in other lands who do not accept that, at the end of any “peace process,” Israel will still exist.

But okay. Those are things that should have been and were expected from President Obama. It was also expected that he would encourage his youthful, carefully selected, leftish college student audience to push the rightish government of Israel to do what he could not convince Prime Minister Netanyahu to do. He directly asked the audience to pressure its government.

Speaking as a politician, I can promise you this: political leaders will not take risks if the people do not demand that they do. You must create the change that you want to see. (People can) overcome a legacy of mistrust that they inherited from their parents… Your voices must be louder than the extremists who would drown them out. Your hopes must light the way forward.

That is a call to protest, to political insurrection. The interesting part is that he assumed igniting a political firestorm in Israel would have a positive effect.

Unspoken — maybe because the President had not expressly thought it — was that if young Israelis “do it,” if they “create the change they want to see,” what they create will be a force for good. He assumed without saying it that the voices they would raise would be voices for peace. He assumed without saying it that Israeli hopes are hopes for peace. And he is right, although it should be said that hopes for peace reside all along the Israeli political spectrum. Those of the right want peace no less than those of the left; they just have different levels of skepticism.

But what if it is not peace in the hearts of the people, but something malign?

Mr. Obama referenced his Cairo speech to the Israelis:

Four years ago, I stood in Cairo in front of an audience of young people. Politically, religiously, they must seem a world away. But the things they want — they’re not so different from you. The ability to make their own decisions; to get an education and a good job; to worship God in their own way; to get married and have a family. The same is true of the young Palestinians that I met in Ramallah this morning, and of young Palestinians who yearn for a better life in Gaza. That is where peace begins — not just in the plans of leaders, but in the hearts of people.

Certainly the beginning of the Arab uprising in Tunis and in Tahrir Square was focused on jobs and justice (although not on “peace” with Israel or anyone else). But the result was not the flowering of education, work and peaceful relations. It was the rise of the Muslim Brotherhood, violence and the collapse of the Egyptian economy. And clearly many of the Brotherhood’s supporters are young Egyptians. Intolerance for Egypt’s Coptic citizens and the increasing violence in several cities attest to the dangers of calling for changes in or of government. Without wanting a return to the repression of the old government, it is safe to say that the revolution did not bring forth a better one. 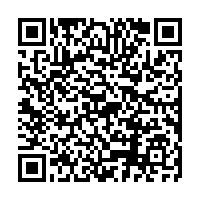