The world now knows that for nearly 20 years, Senator Barack Obama has attended Chicago’s Trinity United Church and that his pastor was Rev. Jeremiah Wright. In his March 18 speech on race, Obama criticized some of Wright’s statements but also essentially excused and rationalized his sermons on the basis that many African-Americans growing up in past decades experienced prejudice, discrimination, lack of economic opportunity, etc.

“This,” said Obama, “is the reality in which Reverend Wright and other African Americans of his generation grew up.”


Half right. African-Americans suffered, many even horrifically, in the past. But Wright was not one of them.

How do I know?

It happens that, as a Philadelphian, I attended Central High School – the same school Jeremiah Wright attended from 1955 to 1959. He could have gone to an integrated neighborhood school, but he chose to go to virtually all-white Central, the second oldest public high school in the country, which attracts the most serious academic students in the city.

The school then was about 80% Jewish (95% white). I attended Central a few years after Wright, so I did not know him personally. But I knew of him and I know where he used to live – in a tree-lined neighborhood of large stone houses in Germantown, a lovely neighborhood to this day. Moreover, Wright’s father was a prominent pastor and his mother a teacher and later vice-principal of the Philadelphia High School for Girls, also a distinguished academic high school.

In short, Wright had a comfortable upper-middle class upbringing. It was hardly the scene of poverty and indignity suggested by Obama to explain what he calls Wright’s anger and what I describe as his hatred.

In recent days, we have seen clips of several of Wright’s sermons showing him declaring “God Damn America,” blaming America for intentionally creating the drug problem, for creating the AIDS virus, for supporting Israeli “state terrorism against Palestinians,” for being responsible for causing 9/11, etc.

We also know that last year Wright’s church presented a lifetime achievement award to Nation of Islam leader Louis Farrakhan. In fact, Wright accompanied Farrakhan in the 1980’s on a visit to Libya, which was then illegal under U.S. law.

Imagine for a moment if a white candidate for high office attended for 20 years a church led by a white supremacist pastor who railed regularly against blacks and accused them of bringing down civilization. Imagine if he honored neo-Nazi David Duke with a major award. Imagine if, when these facts emerged, the candidate said he disagreed with and criticized the pastor’s statements, while also saying he was largely unaware of them.

Imagine that he also tried to rationalize these views by referring to the anger felt by impoverished whites even though the pastor himself actually grew up in comfortable circumstances. Imagine also that his pastor retired amid the praises of his congregants and successor, but that the candidate refused to quit the church while continuing to praise the pastor for his good works helping poor whites. His criticism of the pastor would hardly suffice.

This is the situation Obama now faces. I make no judgment on why he joined and stayed with Wright and his church, though I am deeply concerned that he did so. By quitting the church, Obama would be doing the right thing while reassuring the American public in the process that he will not tolerate hate, divisiveness and anti-Americanism. 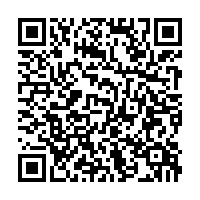