Sen. Barack Obama decided recently to stop letting others speak for him when it came to his position on Israel. Given the range of views imputed to or associated with him by a wide variety of sources, it wasn’t a moment too soon.

Rather than allow the debate to be defined by urban legends spread via e-mail about his alleged Muslim ties or the identity of his foreign-policy advisers, Obama was wise to get people to stop talking about Zbigniew Brzezinski and Robert Malley and to start parsing his own words.

Obama’s question-and-answer session with members of the Jewish community in Cleveland was fascinating and remarkably candid. It also should go a long ways toward reassuring voters that an Obama administration would not rupture the U.S.-Israel alliance.

He told them he supports Israel’s existence unconditionally and views its security as non-negotiable. He wants to eliminate the threat to Israel from the radical regime in Iran that has vowed to destroy it. Though he favors diplomacy with Tehran, he won’t negotiate with Hamas as long as it refuses to recognize Israel’s right to exist. He described all the people he listens to on Middle East policy are stalwart friends of Israel.

Obama also says he disagrees with the pastor of his church for lauding Louis Farrakhan.

These statements place him well within the range of pro-Israel opinion in this country. But that doesn’t mean we shouldn’t ask him to clarify his positions in the coming months.

He’s right about that. But he’s also drawing on the old paradigm of American Jews being split along pro-Labor and pro-Likud lines in their affection for Israel. That may have once been true, but it’s an outdated way of looking at things.

In the wake of the collapse of the Oslo process, most Israelis and American Jews realize that such a division is meaningless. Both the left and the right in Israel have failed – and almost everyone knows it. Israelis want peace and are willing to make sacrifices for it, yet they no longer blindly trust in the peaceful intentions of their antagonists.

Obama needs to drop this line, especially since, if he’s elected president, the odds are he may have to work with a Likud prime minister named Benjamin Netanyahu some time during his term of office.

That said, like anyone who makes such unequivocal statements, Obama must now be considered a card-carrying member of the pro-Israel “lobby” conspiracy, as defined by authors John Mearsheimer and Stephen Walt, which has to be highly disappointing to a number of people who would otherwise be the senator’s natural allies.

Obama’s rhetoric of inclusion and his natural charisma have created a groundswell of support from a wide spectrum of individuals, including some who are chagrined at his proclaimed fealty to a pro-Israel platform.

One such supporter is Tikkun magazine editor Michael Lerner, a pillar of the hard left, who is deeply critical of Israeli measures of self-defense against Palestinian terror and American supporters of Israel. He sees Obama as a kindred spirit but wrote last month to lament that Obama had apparently sold his soul to AIPAC.

More disappointed was Palestinian-American extremist Ali Abunimah, who said on Public Broadcasting’s “Democracy Now” program that when Obama was his state senator in Illinois he was an opponent of Israel. Now Abunimah bewails “how far he has moved to try to appease AIPAC and pro-Israel movements.”

This point was underlined by gadfly and perennial presidential candidate Ralph Nader, who fulminated two weeks ago on “Meet the Press” that Obama used to be “pro-Palestinian,” but now backs the “destruction” of Gaza.

Abunimah and Nader have given up on Obama, but Lerner is holding on to some hope that he will revert to his “spiritual progressive” identity.

The odds of that happening are pretty slim, since no matter what his foreign-policy positions might have been when he was in the Illinois State Senate, Obama knows the vast majority of Americans whose votes he needs to win in November, when he hopes to face off against Republican Sen. John McCain, will not support a man who repudiates the bond between Israel and the United States. 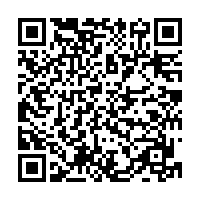