It is absolutely stunning that supposedly informed people can refer to Israel as an “apartheid” state.

Apartheid is defined in Webster’s New Universal Unabridged Dictionary as “the policy of strict racist segregation and discrimination.”


When one considers that Dr. Salman Zarka, a Druse physician born in the village of Peki’in in Northern Galilee, recently was appointed director-general of Safed’s Ziv Medical Center after having served for 25 yeas in the Israel Defense Forces Medical Corps, one wonders how he managed to avoid the punishing apartheid system supposedly imposed by Israel on its minorities.

When I think of Dr. J. Daka, my wonderful dentist, welcoming his numerous Jewish patients with a wide smile to his Netanya clinic, I ask myself how he as an Arab overcame the allegedly discriminatory nature of Israel we hear so much about.

When you travel from Netanya to Afula in the direction of Mount Tabor, where the prophetess Deborah fought a victorious battle against Yavin the King of Chazor, you pass near militant Muslim strongholds such as the city of Umm-El-Fahem and can’t help but stare at the beautiful villas inhabited by Arabs in the heart of Israel.

If that’s apartheid, well, it pays to live under apartheid.

All one needs to do is to check reliable statistics from impartial sources to learn which Middle Eastern state treats its religious, ethnic, racial, and other minorities as human beings. The only state in the region where the Christian minority of any racial or economic background has increased in recent decades is Israel.

The Jews who were driven out of Arab lands formed no refugee camps; their sisters and brothers in Israel welcomed them. Yet there are numerous Arab refugee camps, filled with poor souls who for political reasons have been kept in perpetual squalor by their brothers.

To call Israel an apartheid state is an outright lie, used by Israel’s enemies to exploit the naiveté and ignorance of good people who can’t even begin to fathom the enormity of such a distortion.

Among those who resort to such devious means to attain their ends is the so-called Boycott, Divestment and Sanctions movement. An example of how it operates was recently on display at Harvard, as recorded by the university newspaper The Harvard Crimson in an article detailing the decision by Harvard University Dining Services (HUDS) to suspend purchases from the Israeli company SodaStream.

As the article relates, “members of the College Palestine Solidarity Committee and the Harvard Islamic Society” cited “discomfort with…the potential” of SodaStream machines produced in Israel “to offend those affected by the Israel-Palestine conflict.”

Since this discomfort “could be offensive to Palestinian students,” Rachel J. Sandalow-Ash, a member of Harvard’s Progressive Jewish Alliance, agreed that the machines should not be used on campus. (Harvard University President Catherine D.G. Faust and Provost Alan M. Garber have since reversed the decision by HUDS to cut ties with SodaStream.)

Sandalow-Ash claimed her stand was neither anti-Israel nor anti-Semitic but rather purely a stand against the occupation.

Sandalow-Ash would have been well served if, before reaching her decision, she had asked herself the following question: Is SodaStream really in occupied territory? The company is relocating its facility to undisputed land in Israel’s Negev. It is “occupied” only if you agree with the extreme Palestinian stand that all of Israel, including Tel Aviv and Haifa, are occupied – in other words, that Israel has no right to exist.

This representative of the Progressive Jewish Alliance should have taken into account not only the discomfort of Palestinian students but also the feelings of Jewish students who might wonder why one would introduce a soda-making machine into the Israel-Palestine conflict? But, God forbid, don’t call her anti-Israel or an anti-Semite. After all, she is Jewish, representing a progressive Jewish group. How could she be less sensitive to Jewish feelings and needs than to her Palestinian cousins?

Perhaps it would be helpful to Sandalow-Ash and other presumably well-meaning Jews throughout the United States if I were to point out that precisely two months after Hitler became chancellor of Germany he committed his first manifestly anti-Jewish act as throughout Germany gigantic posters appeared informing the German public of a general boycott on Jewish businesses. The posters read, in part: GERMAN VOLK, DEFEND YOURSELVES/DO NOT BUY FROM JEWS!

That day, April 1, 1933, marked the beginning of the psychological isolation of the Jews in Germany, which served to set the stage for the horrors to come. Let us be aware and vigilant. History has a tendency to repeat itself. 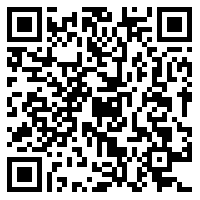