“Former Prime Minister Ehud Olmert and Palestinian Authority leader Mahmoud Abbas will hold a joint press conference in opposition to US President Donald Trump’s peace plan,” according to Channel 12 News. Unbelievable, right? A former Israeli prime minister and a one-time star of the Likud party allied with Yasser Arafat’s heir and protégé? It must be fake news. But, alas, it is not.

Perhaps more than any other leader in the State of Israel’s history Olmert believes that his personal opinion of what Israel’s borders should be set as is always correct.


When he was a hawk and advocated the retention of all of the lands liberated in 1967 and later, when as a dove when he showed a full desire to retreat from all of those same exact lands. The one thing that Olmert never wavered on was that his view of what to do with Judea and Samaria was the right way. Olmert’s political journey from one camp to the other had been the story that dominated the public view of him at least until he was convicted of corruption in 2015.

At the time it was happening, Olmert’s political metamorphosis was given nearly the same intense news coverage as former PM Ariel Sharon’s was at the time. Was Olmert’s story as straight forward as the media portrayed or was there something that the news outlets missed?

Perhaps with Olmert’s decision to stand with Abbas against the Netanyahu government, it is now time to examine this all more deeply.

Sharon and Olmert did not come from the same ideological home. The ideology that Olmert was raised on – Jabotinsky Zionism – is where the Likud party originated. Likud’s basis was Menachem Begin’s Herut Movement and was led by what Begin called his “Fighting Family”, the comrades who fought with him in the Irgun underground against the British in the 1940s.

Sharon came from a left, establishment background. He was not a veteran of the Irgun or the Stern Group, but rather a Palmach man, he was from the socialist-Zionist camp. Sharon advocated a Palestinian State before the 1973 Yom Kippur War and accepted the concept of a Palestinian People. To Begin and Jabotinsky there was no such thing as a Palestinian People.

Sharon was the first member of Knesset to call for a Palestinian State. His idea at first was that “Jordan is Palestine.” By contrast, to the Fighting Family, both sides of the Jordan were historically Eretz Israel. News reports related that Olmert’s wife and children have had a tremendous influence on his way of thinking. He had remarked that he was alone in his own home for years, with everyone else wanting to surrender the lands liberated in 1967.

Was it only the influence of Olmert’s family and Sharon that caused these changes in Olmert?

At the age of 20, Olmert publicly challenged Begin. The incident took place during the June 1966 Gahal party conference (Gahal was a forerunner to Likud) and Olmert demanded that Begin resign as head of the party due to the fact that Begin had not led his party to victory once in 18 years. Olmert had the podium at the Maccabiah Village meeting and declared that “With you sir, it won’t work.” By this Olmert meant that Gahal could never achieve victory with Begin as its leader.

Of course, Olmert was incorrect. Begin’s 1977 victory changed the political landscape of Israel, and the nation itself, forever. Much more so than Ben-Gurion’s Israel the state that Israelis live in is the state that Begin made it. Begin was the architect of the free-market economy and the startup nation, renewed respect for traditional religious values, massive aliyah from Ethiopia and the former Soviet Union, and the breaking down of the cultural and other barriers Sephardi Israelis faced.

And Olmert? He was not just wrong about Begin in the past. Today, he is wrong to embrace Abbas. Just as wrong.

Negativism is what has created Olmert’s stance on Abbas just as it did his position on Begin.

Jabotinsky wrote his greatest novel about the Biblical hero Samson. In the most well-known passage of the book, Samson declares: “Tell them [the Jewish People] three things in my name, and not two: they must get iron [i.e. weapons]; they must choose a king, and they must learn to laugh.”

What Jabotinsky meant, in part, by “learn to laugh” was the necessary development of confidence and optimism on a national level. With rapidly changing Middle East realities and the abuse of self-proclaimed visionaries such as Olmert, Israelis may need that message now more than ever. Or do they? After all, smart Israelis know that Olmert’s gambit won’t be remembered next year or ever make it into future Israeli history textbooks. Abbas has no place in Israel’s future and neither does Olmert. 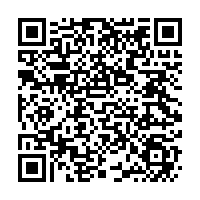