The specific question of what went wrong with the blocking of the visit to Israel of antisemitic Congresswomen Omar Ilhan and Rashida Tlaib is a minor issue within a much larger framework. This event was not an incidental mishap. It is part of a broader structural failure in the functioning of Israel’s government.


No other democratic country in the world is verbally attacked as frequently as is Israel. This includes vile verbal aggression by democratic governments and by mainstream politicians from those countries.

Nations under attack create defense organizations. Against enemy armies, Israel set up the Israel Defense Forces (IDF). It invested heavily in all aspects of the armed services. The IDF is now one of the best armies in the world. So are Israel’s three intelligence services: the international security agency (Mossad), the domestic security agency (Shabak), and the military intelligence branch (Aman). Cyberattacks on Israel have led the government to invest in an expensive cyber defense program that is likely to make the country a world leader in the field.

Yet Israel’s defense against extreme propaganda assaults, which have been going on for decades, remains amateurish. The only successful response to such aggression is: “You hit me and I’ll hit you back harder.”

Looking back over the decades, we see many cases where Israel failed to deal properly with verbal attacks. The BDS campaign, for example, started as a result of the NGO conference against racism in Durban, South Africa, in 2001, which was explicitly a hate-Israel event.

The academic boycott campaigns against Israel, too, started in 2002 without any orderly response from Israel. Foreign academics put their names to open letters and petitions to boycott Israeli academics and divest from pro-Israeli companies. As they incur no risk to themselves in doing this, they have continued ever since – it’s an antisemitic free lunch.

Yet academics are easy targets for counterattack. The careers and reputations of some of these people can be damaged without much effort. Had there been an Israeli anti-propaganda agency, it would, for instance, have identified academic boycotters who plagiarized some of their work or had erroneous footnotes in their articles. Verifying the publications of a few academics is neither difficult nor expensive.

This idea is not original. In 2011, German defense minister Karl-Theodor Guttenberg was stripped of his doctorate because of plagiarism in his thesis. He had to resign from the cabinet. In 2013, the PhD thesis of German education minister Annette Schavan was voided because of plagiarism. She resigned from the cabinet. The doctoral thesis of German family affairs minister Franziska Giffey is currently being investigated for plagiarism.

Heavily damaging a few academically deficient pro-BDS academics, and publicizing their major professional shortcomings, could have a multiplier effect. In almost all societal areas – the academy included – many if not most people are cowards. If supporting BDS becomes risky, only those academics who are hardcore antisemites will remain. Their numbers are probably not very substantial.

Another example of an Israeli public relations failure concerns the 2010 Gaza flotilla provocation. Among its leading organizers was the Turkish IHH, a body known to have terrorist links. The main ship in the flotilla was the Turkish Mavi Marmara. It transported no humanitarian aid for Gaza, only people. Several of the participants onboard were prepared for violence with weapons. They attacked the Israeli soldiers who boarded the ship. In the resulting fight, a number of these attackers were killed. Probably under pressure from then US president Barack Obama, Israel paid compensation to their family members.

Many negative opinions about Israel were hastily expressed by officials of various countries and international bodies. An anti-propaganda agency would have had no difficulty teaching some of them a lesson and straightening out some of the misperceptions.

These cases are minor compared to the findings of a study published in 2011 by the University of Bielefeld. This report showed that in seven EU countries, large parts of the population agree with the assertion that Israel is carrying out a war of extermination against the Palestinians. The lowest percentages of those who agreed were in Italy and the Netherlands, with about 38%. The highest was Poland with 63%.

This study and its implications were barely noticed in Israel, yet it demonstrated what anti-Israeli propaganda has achieved. No significant action whatsoever has been taken by the Israeli government to expose the massive anti-IsraeI hatemongering in European countries that led to these opinions.

An anti-propaganda agency would systematically study, analyze, and monitor Israel’s enemies in the propaganda field. It would propose actions against them to be approved by the government. One senior American Jewish leader told me he has repeatedly suggested the establishment of such an agency to PM Benjamin Netanyahu. (A more detailed description of how such an agency would function requires another article.)

Had such an anti-propaganda agency existed, it would have started to prepare as soon as Omar and Tlaib announced their plans to visit. It would have collected opinions from experts who could assert with authority that it is the sovereign right of nations to decide who enters their country. It would have prepared a collection of Omar’s and Tlaib’s anti-Israel remarks. It would have established lists of people who were not allowed in by other democratic countries. For instance, during the Cold War, the US refused wholesale entry to communists and their sympathizers.

The Israeli government could have then made its reasoned decision public. Flip-flopping would have been avoided. It is doubtful whether President Trump would have felt the need to comment if Israel had been prepared in this way.

In the meantime, the next sizable public relations problem has emerged. The HBO channel is broadcasting – in collaboration with the Israel Keshet broadcaster – a series entitled “Our Boys.” The series focuses on the exceptional case of the kidnapping and murder of a Palestinian teenager by three Jewish terrorists in summer 2014. This happened after the kidnapping and murder of three Israeli teens by Hamas terrorists.

The decision to focus on the murder of one Palestinian youth by three marginalized Israelis who represented no one but themselves and who were publicly denounced by all walks of Israeli society, rather than on the murder of the Israeli teens by the full-fledged terror group that rules the Gaza Strip and may well gain control over the West Bank, is an extremely biased choice. In other words, the series has turned an extreme exception into a supposed rule while overlooking a longstanding murderous societal pattern. There are many cases of Israeli youngsters killed by Palestinian terrorists. Parents of Palestinian terrorists are often proud of the murderous crimes of their children.

Israel’s response to the series so far has, once again, been tepid and amateurish.

No opposition politician has raised in the Knesset the issue of the government’s failure to establish an anti-propaganda agency. Nor has it come up in the current election campaign. The radical failure to fight back systematically against massive, hateful propaganda aimed at Israel is highly demoralizing for the Israeli people and has a serious negative impact on the country. 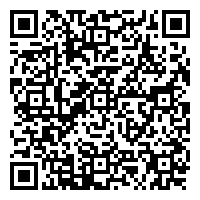