When we moved to Indiana, I didn’t know it had been the headquarters of the KKK during the 1920s. I had thought of the Deep South as the Klan’s home.

The images of the postcards, which I saw in a museum, stayed with me. Like a pebble thrown into water, the horror circled around the hanging body and extended to the cold grins of the perpetrators, the indifference of the picnickers and the awfulness of the sale of these postcards that buyers could mail to others.

The Klan weren’t the only hate mongers who produced disturbing images of animosity. The Nazis took vast numbers of photographs of their atrocities – absolute terror on the faces of the victims contrasted with the callous amusement of the haters, blinding them to any sense of morality or decency.

Once, during a talk about the Holocaust I gave to a high school class, a girl spoke up, “It’s just so upsetting. It makes me feel terrible.” I told her that it should. We should be disturbed. These acts should pierce our soul.

The violence and cruelty are utterly devastating. What is additionally so troubling is the injustice, the lack of fairness, the utter disregard for the law and its processes which should have protected these innocent victims. Those in power should have prosecuted the perpetrators, not protected them.

In 1915, in Milledgeville, Georgia, a highly publicized lynching of Leo Frank took place, motivated to a great extent by hatred of Jews. As in all lynchings, mob rule took the place of judges, defense lawyers, juries, and due process. Jews across the country were so outraged that they searched for a means to protect Jewish rights in the future and created the Anti-Defamation League, for many years a premier organization that fought prejudice and restrictions. The NAACP meanwhile was founded with Jews among some of its early leaders.

These organizations knew well that often the violence that occurred was actually not illegal. The laws themselves were unjust. Laws were written restricting housing, university entrance for blacks or Jews, and voting or other rights.

We rely on laws that protect our rights. We think of them as permanent or eternal. We count on courts and judges, police and attorneys general, our elected and appointed representatives to be fair, to keep sacred the rights of citizens. We expect this fairness no matter what the citizen’s color, race, religion, gender or ethnicity, among other differences.

It used to be that we expected this fairness for diversity of opinions. We expected books, newspapers, television news, and radio shows to be diverse, to allow us to develop our own views from the facts written and spoken about.

Lynching still occurs. One occurs each time when without any legal process we “cancel” another, we remove the “other” from social media, don’t allow banking or book publishing for others because of different politics or opinions. It occurs when Zionist groups are not allowed to march or pro-Israel students are silenced on campus. It occurs when legal processes are perverted or removed because a person supports certain political leaders or is himself a political leader that others dislike.

We see the cold grins of those in power – whether it’s the Klan, the Nazis, Islamic terrorists, or Antifa. We see the photographs and feel the hate and zealous feeling of righteousness. Whether we are murdering an innocent person, our legal system, or the Constitution, mob rule undercuts our liberty, security, and legal rights. Morality is stripped away by hatred and we sink down to hanging the innocent.

Without a trial, without justices, and without a media that reports the lynchings, we convict. We proclaim guilt with no proof, no process, and a flouting of laws. We as Jews know this history.

I remember the postcards sold, these silent witnesses to past violence and hate, to past flouting of legal rights and basic morality. No matter who the victims are – an innocent black man, a hunted Jew, or a former president – the pattern is the same. Loud calls for lynching that drown out the lack of evidence and process and defense. And the smiles, the grins, and the photos. Our humanity silenced, waiting for us to cry out for justice. 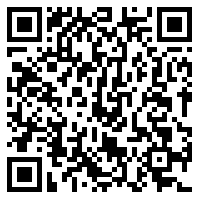