Imagine reading an announcement by one of the world’s premiere kashrus agencies that it will certify ham as kosher. Rabbi X, the head of the agency, then pens an op-ed asserting that it is a mitzvah to certify pork, arguing that the cooking process actually kashers ham just like intense heat kashers non-kosher utensils.

Rabbi Y, a maverick rabbi, then chimes in that pork is only prohibited to vegetarians and that meat-eating Orthodox consumers can therefore enjoy this certified ham without a problem.

If such ham and such “halachic” reasoning are kosher, I have a bridge to sell you.

Yet, very similar arguments were made last week when Daniel Landes, a liberal/Open Orthodox rabbi who heads an ordination program in Jerusalem called Yashrut, granted “semicha” to Daniel Atwood, an Open Orthodox homosexual man who is “engaged” to his live-in male partner.

Landes wrote, “Our community desperately needs gay Orthodox rabbis” and proceeded to explain that the halachic principle of ones – that a person is not held accountable for sins he is forced to commit – somehow obviates the Torah’s prohibition on homosexual relations.

Landes also invoked the concept of “nishtana ha’teva” – that nature sometimes changes – and suggested that people with lifelong gay proclivities are not bound by the Torah’s prohibition against homosexual behavior. Dr. Nathan Lopes Cardozo, another leading liberal/Open Orthodox rabbi, who attended the ordination ceremony, opined that “the prohibition only applies to those who are purely heterosexual.”

All of these suggestions, of course, fly in the face of clear statements throughout halacha. Indeed, they are laughable to anyone who even has an elementary acquaintance with halachic principles and reasoning.

Atwood, along with his boyfriend, Judah, traveled to Jerusalem for the ordination ceremony because Yeshivat Chovevei Torah (YCT), the Open Orthodox seminary in Riverdale where Atwood had been enrolled, decided not to ordain him after he became “engaged” to Judah at a rock concert earlier this year. Until that point, YCT had planned to ordain Atwood.

“We were fully intending to give him semikha,” the yeshiva announced. “We were prepared to be the first Orthodox rabbinical school to award semikha to an openly gay man.” This despite the fact that social media imagery of Daniel and Judah touching affectionately had been widely disseminated by the “couple” for several months prior. YCT’s rosh yeshiva, meanwhile, announced that the yeshiva hopes “to grant semikha to gay students in the future.”

These institutions talk of Orthodox semicha, but if such semicha is Orthodox, what isn’t? What meaning does the Torah have to those who ordain a man whose public identity and lifestyle flout a most severe Torah prohibition?

Evidently, though, when a person loses his sense of surrender to the Divine Will, in the words of Rav Yoshe Ber Soloveitchik – when a person believes he can manipulate the Torah to fit an agenda or need – anything is possible. Indeed, he won’t even realize how ludicrous and preposterous his behavior has become.

Submission to Hashem is the crux of the Torah. G-d’s law comes before our own desires, no matter how correct they may seem. Once we start reinterpreting or contorting the Torah to justify what it prohibits, we lose all sense of religious consciousness and become oblivious to how far we have strayed.

Let me conclude with the words of Rav Soloveitchik from a 1975 address to Yeshiva University’s rabbinic alumni:

The Torah summons the Jew to live heroically. We cannot allow an eishes ish, no matter how tragic the case is, to remarry without a get. We cannot permit a giyores to marry a kohen, and sometimes the cases are very tragic.

I know from my own experience. I had a case in Rochester with a gentile girl. She became a giyores. … And then she met [a] Jewish boy. He came from an alienated background, had absolutely no knowledge of Yahadus. She brought him close to Yahadus, and they got engaged, and he visited the cemetery…and he saw a strange symbol – 10 fingers like that.

So they began to ask. He thought it was a mystical symbol. So he discovered that he is a kohen. What can you do? This is the halacha, that the kohen is assur b’giyores [forbidden from marrying a convert]. I know the problem. We surrender to the will of the Almighty. 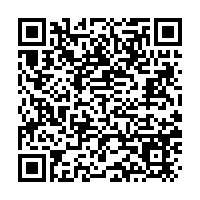