In the course of working on my master’s thesis in 1999, I had opportunity to interview Yitzhak Shamir and Moshe Arens regarding Israel’s decision not to retaliate against Iraq during the First Gulf War. I also had the privilege of knowing Arens, who passed away this week, through the security think tank I ran for 25 years at Bar-Ilan University. (Arens served on the institute’s board and spoke at many of our conferences).

As defense minister under Prime Minister Shamir, Arens believed that Israel had to respond militarily to the Iraqi Scud missile attacks on Israel. He upheld the policy principle that Israel must always retaliate for attacks on its soil. He wasn’t prepared to bend to US diplomatic or defense pressures when Zionist fundamentals were at stake.

Arens alleges in his memoirs that Shamir thought he was buying preferential treatment from the US for the future by acceding to Bush’s entreaties to stay out of the fighting in Iraq.

Arens: “It was strange to see Shamir, who had been so tough in the disputes which had arisen in past with the Americans, bending so far in order to meet the expectations of the Americans in the current situation. It appeared that he had set for himself certain issues on which he had decided not to give even an inch, and to compensate for this he was prepared to show compromise on other issues. Settlements in Judea, Samaria and Gaza were, of course, in the first category, whereas avoiding angering the Americans regarding involvement in the Gulf war could serve as compensation for this.”

Arens later told me that “Shamir was making a choice: settlements or responding to Iraqi attacks, and he chose settlements.” Shamir sacrificed what was “right” (– according to Arens, this meant the need to retaliate against Iraq) for what he (Shamir) thought was diplomatically useful in the long-term.

This prioritization of interests, as Arens tells it, is striking. A central Israeli interest in retaliating for attacks on its soil was subjugated to another interest – protecting settlements – and its situational corollary, bending to US demands re the Gulf War.

In conversation with this writer, Arens accused Shamir of misreading the American political map.

“Shamir was not enthusiastic about responding and dragged his feet. He saw things in terms of a trade-off. He thought he was, indeed, getting money in the bank in Washington by responding to Bush’s requests and demands. And he received so many compliments on his ‘responsible’ behavior from the Americans after the war’s end. But the payoff never came. Shamir didn’t know the US well, and he misapprehended the situation. Right after the war, the arguments with the US over settlements flared up again.”

Did Shamir have any basis for believing that he would have a freer hand on issues like settlements if he ‘gave-in’ to Bush during the war?

Shamir apparently thought so. In conversation with me, Shamir said that “We didn’t have any deal between us, Bush and me. But he understood just what wasn’t acceptable from my point of view… In our December 1990 meeting when we discussed the retaliation question, Bush and I had a tough exchange about settlements. Bush objected to settlement expansion in the ‘occupied territories.’ I said to Bush: ‘Mr. President, this land is ours, what are you talking about! This is essential to us. Your objections won’t help’. No Israeli prime minister had ever spoken like that before. Ask Zalman Shoval. Zalman was there and he was flabbergasted at my brazenness and said to me: ‘How can you talk like that to the President of the US!?’ So, I think that Bush knew exactly what we could bend on and what we would stand up for insistently.”

This very revealing description of the critical December meeting in Washington tells us that at least in Shamir’s eyes, there was a quid pro quo in play between Washington and Jerusalem. Shamir thought that he was clearly signaling his priorities to Bush, leader-to-leader. ‘I’ll give you restraint on Iraq and you lay off on settlements’ – as it were.

When I expressed credulity about this, Shamir responded: “I didn’t really believe Bush on the settlement issue. I knew that the issue wouldn’t go away. But I felt that we were losing nothing by going along with the US on the restraint issue. And I made a calculation: I felt that we really could better stand up for ourselves on the diplomatic and settlement issues in this way. You must choose your battles. Indeed, we prevailed diplomatically after the war. Settlements continued. Madrid was a success from our point of view. Never had they given in to us as much as they did.”

For the sake of historical accuracy, it’s important to note that at least three officials who were in key positions at the time disagree with the above reconstruction of Shamir’s thinking: Eitan Bentsur, then-director general of the Foreign Ministry; Yossi Ben-Aharon, then-director general of the PMO; and Elyakim Rubinstein, then-cabinet secretary. They say simply that Israel did not have a good military option for striking Iraq, and Israel was concerned about the ramifications of retaliation on Jordan.

And, despite the leeway Shamir thought he had purchased from Bush, after the Gulf War the conflict between Washington and Jerusalem over settlements intensified and became embroiled in the dispute over loan guarantees. These guarantees were partially denied to Shamir’s government because of continuing Israeli settlement activity – again, notwithstanding whatever understandings Shamir thought he had reached with Bush. Many observers believe that this dispute played a role in the defeat of the Shamir government in the 1992 Israeli elections.

What can this teach us regarding Prime Minister Netanyahu’s current policy dilemmas? Well, does Netanyahu believe that the effective freeze in settlement construction that he has imposed over the past two years has helped ‘buy’ American coordination with Israel in the drafting of the “Deal of the Century” or American cooperation in stopping Iran’s nuclear drive? The Shamir-Arens recollections would suggest that calculations of ‘accrued credit’ and presumed ‘trade-offs’ don’t always pay off.

Nonetheless, may these historical observations serve as a memorial tribute to Arens (and Shamir). Thinking back and looking ahead, I am forced to ask: Who among the current crop of candidates for Israeli leadership most possesses the grit and ideological determination modeled by the principled Arens and bold Shamir of yesteryear? 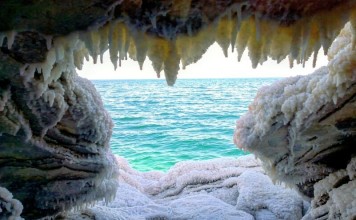