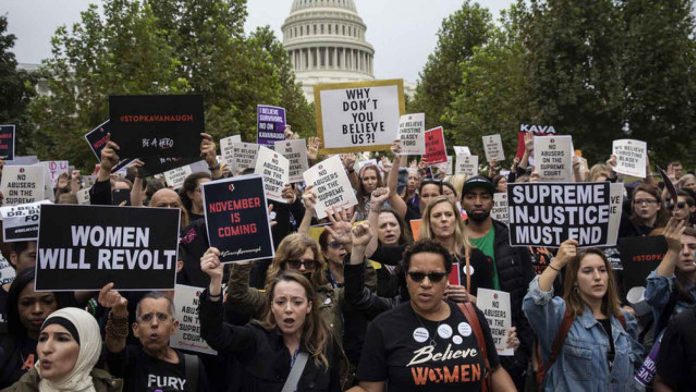 We all know that the midterm elections are different this time around.  They are usually like “all politics,” namely local.  But this time around they’re different.  They are all presidential, all about Trump, as most everything is.  And for the anti-Trump crowd — I’m talking about the political commentators and “analysts” — any and all things bad are held to be Trump’s fault.  This is presumably because they believe that their condemnations of Trump will result in a Democrat takeover of the House of Representatives.


This pattern covers a wide variety of events.  If a pro-Trump nut case mails out (maybe) dangerous packages to a bunch of Democrats, that’s held to be Trump’s fault.  Ditto for the anti-Trump lunatic who slaughtered Jews in a Pittsburgh synagogue.  He was somehow inspired to do it by Trump.

The question is whether the voters believe the same thing.  I certainly haven’t been converted to Never Trumpism, although I have read a lot of it.  I really don’t care what pundits think about the president, and I don’t need them to instruct me about the Middle East or Italy or federal income taxes.  As for next Tuesday, I know enough about the (local) candidates to make up my own mind, so the smarties don’t affect me much.

I don’t have any trouble recognizing that a man who opens fire in the Tree of Life Synagogue and yells “All Jews must die.” isn’t reflecting the president’s views.  I think that most voters know that.  I also think that even the most rabid Never Trumpers do not believe that Trump’s personal inclinations include directing death threats at the rabbi in Pittsburgh, now in full swing.

But many pundits say they do believe such accusations.  Even Bill Kristol:

When asked about Trump’s rhetoric, Kristol said, “Against the news media, against the refugees, the caravan of refugees, which was really the inciting I think rhetoric that he used, that Fox and others used, which provoked apparently this man who was, in any case, an anti-Semite obviously…”

I don’t get this.  The Pittsburgh killer didn’t enter the shul shouting “all the immigrants must die.”  So far as I know, he wasn’t in a frenzy about “the caravan,”  So I’m at a loss to explain Kristol’s deconstruction of why eleven Jews were gunned down.  It makes no sense, unless you’re committed to the crazy proposition that all bad things should be blamed on Trump. Especially if you believe that the November vote is a giant referendum on Trump.

Indeed, for these pundits, everything must be seen as either good for Trump or bad for him.  Take the awful campaign against Judge Kavanaugh, for example.  Mollie Hemingway says it best:

Any reporter who was able to verify the claims against Kavanaugh would be an instant hero and awarded all the journalism prizes. Is anyone even attempting to do so? Democrats took the claims so seriously that they charged Kavanaugh with the crimes in Senate hearings. Did they mean what they said? If they’re telling the truth, he should be impeached and imprisoned.

Conversely, if Kavanaugh was falsely accused, had his reputation obliterated, and nearly had his life destroyed in the process, his accusers should be held accountable. If the Justice Department responds to the Senate Judiciary Committee’s criminal referral of Avenatti and Swetnick, some will be. But what about the rest? What’s going on with this story?

The minute Kavanaugh was confirmed, the pundits shut down (and up).  Proving, I would say, that their crusade against him was never based on real evidence, but rather on a desire to thwart Trump.

Will the crusade work?  A couple of months ago I wrote that the 2018 campaign looks a lot like McGovern’s failed effort to win the presidency, and it seemed to me likely to produce the same result:  a stinging rebuff of extreme leftism.

I’m not very good at predicting election results, and most of the smart people I know say the same thing:  Dems take the House, GOP holds the Senate, maybe even gains some.   I don’t believe it.  This isn’t a collection of local elections.  It’s one big national vote.  And I don’t think the American people want to undo what Trump has achieved. 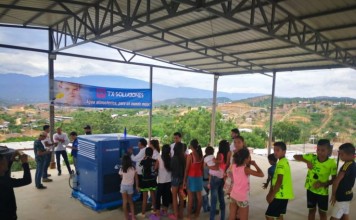