The same government that caved to the media and the Schalit Task Force by releasing 1,027 terrorists from prison last year has caved yet again—this time despite the fact that Hamas violated red lines by shooting missiles at Tel Aviv and Jerusalem.


– The ceasefire that was forced on Israel is precisely what Hamas needed to show off as proof of a victory, irrespective of what Israeli government spokespeople may be saying.

– Even aside from deceiving them about destroying Hamas, the government has set a new standard for relations with its citizens.  Israelis will continue to live, and potentially die, with a newly formalized status quo in which Hamas rockets are taken for granted.

– The Islamic world has seen that the price of intolerable violence to Israeli citizens is tolerable.

– Iran, which closely followed developments, has again gotten a good look at the “spiderwebs” of which the Israeli government’s staying power famously reminded Hizballah chief Hassan Nasrallah.  Fortunately, the heart of Israeli society is much stronger than the politicians, as demonstrated by the speed and spirit with which reservists, called up or not, reported for duty on the outskirts of Gaza.

– If the Israelis concessions reported by Hamas are true—and for the most part they are—then they are cause for concern.  According to Hamas, Israel agreed to end targeted assassinations in exchange for an end to rocket fire, to end defensive Israeli incursions into Gaza, to open the crossings and allow people and goods (and thus smuggled munitions) into Gaza, and to allow fishermen (and thus munitions smugglers) to move freely off of Gaza.  Surely enough, an Egyptian source confirmed that “the agreement calls for an end to assassinations and invasions by Israel, as well as easements of movement for Palestinians at the crossings starting several months after the ceasefire enters force.”

You can’t argue with success.

Hillary Clinton took the winning side in the Cairo press conference in which she and Egyptian Foreign Minister Mohamed Kamel Amr announced the ceasefire, describing the Muslim Brotherhood as becoming a central player in the region: “Egypt’s new government is assuming the responsibility and leadership that has long made this country a cornerstone of regional stability and peace.”

She continued by expounding the American angle on the violence emanating from Gaza: “The United States will work [to] improve conditions for the people of Gaza.”

Clinton ended the production with a prediction that is cause for concern for the Jewish state: “Now that there is a ceasefire (with the Islamic terrorist group Hamas), I am looking forward to working with the Foreign Minister and others to move this process.”  That is to say: from now on the Muslim Brotherhood is to be involved in political developments in Judea and Samaria (“the West Bank”), in the spirit of the Islamic Spring that the Americans helped bring to the region in the first place.

Deepest thanks to the Government of Israel for all this …

Translated from Hebrew by David Greenberg. 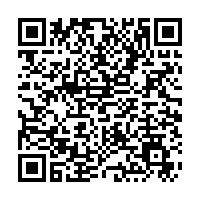