In December 1958, Rabbi Isadore Goodman of Memphis traveled up to Indianapolis to help celebrate the dedication of a new Orthodox synagogue building. In his remarks, the Southern rabbi spoke about Orthodox Jewry’s role in the raging Civil Rights Movement. His recommendation: they should not participate.


One historian surmised that Rabbi Goodman’s view was “typical of Orthodox Jews.” Certainly, Orthodoxy did not boast a freedom fighter like Rabbi Abraham Joshua Heschel of the Jewish Theological Seminary (Conservative). Similarly, the Rabbinical Council of America did not offer the kind of financial and political support like the Central Conference of American Rabbis (Reform). However, leading exponents of Orthodox Judaism did, in fact, speak up.

Rabbis Bernard Drachman, Leo Jung, Ahron Soloveichik and Pinchas Teitz all used their rhetorical powers to speak out for African-Americans. These leaders rooted their politics in biblical language. For example, Rabbi Jung compared Dr. Martin Luther King Jr. to Moses while Rabbi Teitz envisaged desegregation to the “breaking down of the walls of Jericho.”

Other congregational leaders marched in the history-making Selma demonstration. Their courage in participating was promptly recognized by African-American leaders.

Rabbinic elites were not the only ones who got involved. The National Council of Young Israel and the Orthodox Union passed resolutions that sought to mobilize their Orthodox constituencies. In the wake of race riots throughout the South, OU President Moses Feuerstein worked together with the American Jewish Congress in 1958 to pressure President Dwight Eisenhower to convene a conference that would “stress upon the uncommitted peoples of this globe the freedom, the equality and tolerance prevailing in the United States of America.” Some years later, the OU established a special committee to enable Orthodox Jews to better partner with African-American civil rights advocates.

Young people played their parts as well. In 1940, Yeshiva College (which subsequently became Yeshiva University) students wrote approvingly of a formation of a “Committee to End the Ban on Negroes in Major League Baseball.” The young men charged that fans “have not received a fair return for their money” and dreamed of a time when they might see Negro League stars like Josh Gibson and Satchel Paige compete against major league legends such as Hank Greenberg and Joe DiMaggio.

“Yet, men of this caliber,” Yeshiva collegians lamented, “are barred from active participation in organized baseball because their skin is of a darker hue.”

In April 1960, Yeshiva students traveled to Greensboro, North Carolina, to stand with other protestors against racial bigotry. They saw their mission in religious terms: “As Jews we have a moral and religious duty to uphold the rights of our fellow man,” the students preached. “As Jews we must be in the vanguard of any movement which seeks to break the bars of discrimination.”

Notwithstanding these efforts, no one within the Orthodox camp formulated a position similar to Protestant advocates and Reform Jewish leaders. The closest was Rabbi Emanuel Rackman. For many within the Orthodox community, Rabbi Rackman was its “central figure” during the twentieth century. For others, due mostly to his liberal interpretation of Jewish law, Rabbi Rackman was the ultimate “gadfly.”

In any case, Rabbi Rackman was an institutional force within American Orthodoxy. He served as vice president of YU and president of the RCA, and held pulpit positions at distinguished New York congregations. In 1948 he wrote about the “dastardly fashion in which Southern states have subverted the language and intent of the Thirteenth, Fourteenth, and Fifteenth Amendments.” 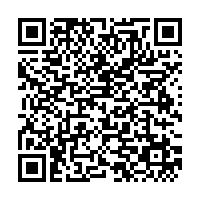