The world of academia has been riveted by the full account of an elaborate hoax that resulted in several high-profile academic journals publishing articles based on ludicrous notions and fake field research, but couched in the language of social justice and identity politics.


The hoax was the brainchild of three academics—editor and writer Helen Pluckrose, mathematician James Lindsay and philosopher Peter Boghossian—none of whom are likely to receive “A” list university posts now that they have performed this valuable service. Over a period of about a year, the three of them concocted 20 hoax papers relating to themes like identity, sexuality, body shape and the significance of “intersectional” struggles. By the time they called a halt to the project, seven of these hoaxes had been published in various academic journals, essentially confirming their initial suspicion that, as long as it is in the proper political packaging, there are plenty of journal editors out there receptive to any old garbage.

One paper about “rape culture” in dog parks in Portland, Ore., received a special citation from the journal that published it. Another paper, on how “masculinist and Western bias” in the science of astronomy “can best be corrected by including feminist, queer and indigenous astrology,” was enthusiastically received by academic reviewers with a request for only minor revisions. Most spectacularly, the feminist social-work journal Affilia published a hoax paper titled “Our Struggle Is My Struggle: Solidarity Feminism as an Intersectional Reply to Neoliberal and Choice Feminism” that was composed of passages lifted from Adolf Hitler’s Mein Kampf with, in the words of the three hoaxers, “fashionable buzzwords switched in.”

Many academics have protested that the hoax project was unethical because its methodology hinged upon dishonest dealings with the editors and peer reviewers of the journals where these papers were published. There is some merit to that argument, but more importantly still, we can learn a great deal about human behavior from these types of underhand experiments. When the controversial American social psychologists Stanley Milgram and Philip Zimbardo carried out their respective studies of obedience more than 50 years ago—in Milgram’s case, setting up unknowing subjects to believe that they were inflicting electric shocks on others at the behest of an “authority figure,” in Zimbardo’s, placing student volunteers in “guard” and “inmate” roles in a laboratory “prison”—these were similarly denounced as unethical. But they also demonstrated that willfully engaging in state-sanctioned brutality is something that all human beings are vulnerable to, even when doing so violates the values and standards taught to them all their lives.

The focus of this present hoax was not, of course, as dramatic as the exploration of human cruelty. Its framework of enquiry was restricted to academic journals only. And its purpose was to establish whether what the authors call “grievance studies”—the collection of disciplines spanning gender, race and culture that are served by the journals in question—is “corrupting academic research.” Their short answer is “yes.”

At stake here is more than the irresponsible use of facts by academics or the ideological assumptions behind much research in social science. Ultimately, we are dealing with what the hoaxers rightly identify as a crisis in epistemology—the venerable branch of philosophy concerned with what we know and how we know it, ranging from simple observations (“it’s raining”) to more complex judgements (“you did the right thing”).

The scientific standards and rationalist principles that underlie the exploration of what constitutes truth are being assailed by what the hoaxers call “the identitarian madness coming out of the academic and activist left.” Madness it may be, but at the same time, it has become a useful tool for scholars who “bully students, administrators and other departments into adhering to their worldview.”

Increasingly, students are taught that the veracity of a particular claim cannot be separated from the identity of the person making it—and that suggesting otherwise is a surrender to patriarchy and racism.

Central to this approach as well—as my colleague Jonathan S. Tobin recently pointed out in a different context focusing on environmental activists—is the abandonment of the skepticism that is so essential to the scientific method. Ideological conviction and an in-built bias towards some human identities over others, rather than testing and observation, has become the standard by which we ascertain what is true, and therefore, what is false as well.

While the three hoaxers don’t claim that the entire university system has been consumed by identity politics and its dubious methods of attaining the truth, the problem is evidently significant enough for us laypeople to worry about it. From a Jewish philosophical perspective, there is no serious quarrel with the scientific method; Maimonides wrote that “knowledge of the Divine cannot be attained except through knowledge of the natural sciences.”

But far more practically, we shouldn’t shy away from saying that the academic study of the Nazi Holocaust—particularly as carried out in Israel by Yad Vashem and other institutions—provides us with a model to examine human suffering that is far more rigorous than anything purveyed by the identitarians. Because if this darkly amusing hoax has taught us anything, it’s that the study of grievances is too important to be left to the practitioners of grievance studies. 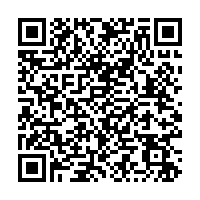