It is remarkable that the UN expresses such criticism of Israel for the number of civilian deaths that occurred in Gaza, but no such outrage at Hamas for the ongoing traumatization of Israeli citizens who have had their lives disrupted by ongoing sirens and rockets fired at them from across the border.

I am outraged that at least two generations of Israeli citizens in the south have not known peace, they spend their lives ‘hyper alert’ to sirens, to run for safety, while the terrorists from across the border have only one mission, to destroy them.


I am outraged that a terror organization with a manifesto to “Kill The Jews Wherever They May Be, and to ‘Push Israel Into the Sea’ is suddenly defined as an elected “Government.”

I am outraged that the foreign press and social media sees fit to traumatize the world with images of dying women and children at the hands of the Israeli Aggressor without being held accountable for their criminal acts against humanity – the innocent citizens of Israel, now not only in the south, but in the north and center of this country.

I am outraged at the bastardization of the world media who continue to scapegoat Jews and Israel, while turning a blind eye to Muslims murdering other Muslims in the name of Allah.

I am outraged at Christian children being beheaded in the name of Allah, by a group that is now a self-declared Islamic State, while the world focuses on Israel’s alleged so-called ‘criminal acts against humanity.’

Gaza has allowed the world to become hyper-vigilant towards Israel, and totally blind to the rise of radical Islam that has no qualms about destroying everyone in its wake, and that does not adhere to its own tenets.

I am outraged that the citizens of Israel have not known a moment’s peace since 1948.

I am outraged, Mr. Ban Ki-moon that the members of the General Assembly of the United Nations have chosen in their bias to rewrite history.

I am outraged that the media has chosen to depict a biased one-sided presentation of the truth and that the United Nations has contributed to this collusion.

I am outraged that UNWRA has allowed itself to be “used” for criminal causes, while all the while purportedly stating that its schools are bastions of refuge and education. That is at the first level. One short level down, the schools are store-houses for ammunition, and launching pads. And I am outraged at the collusion of the United Nations and its employees in their unwillingness to take responsibility for the position they find themselves in, in Gaza, as the “blind supporters” by default, of acts of terrorism.

I am outraged at the hypocrisy of presenting a one-sided picture of the situation in Gaza without giving equal presentation of Israel’s citizens traumatized by the ongoing sirens that have disrupted daily life for more than ten years in the south, and which has spread like a cancer to the north and the center of this country.

And all of this, while the United Nations gives tacit approval for this situation to continue. And while you, Mr. Ban Ki-moon, seem to forget the historical context within which that esteemed body voted to give Israel statehood. 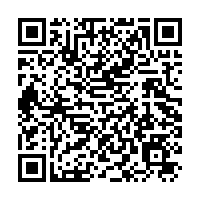