He was caught, tried and, in 2008, re-sentenced to nine or ten years. (This information is contradictory).

In 2010, Chinese-American engineer Dongfan “Greg” Chung operated as a spy for China against America for thirty years. He received a 15 year sentence.


What is “different” about Pollard? Unlike Walker, Barnett, Helmy, Chung, and Malki, Pollard is the only Jew.

What else is different? Pollard is the only one who shared secrets with an American ally with whom America was not and is not now at war. Pollard shared information with Israel.

Jonathan Pollard was held in solitary for seven years and has been held captive for thirty years.

Pollard has absolutely no blood on his hands. Pollard passed secrets to an American ally, not to a terrorist group with which America was or is now at war.

Where were all the anti-torture activists on Pollard? How can it be that our most prominent American political prisoner has never made it onto their honor roll of causes with which to browbeat America?

Solitary confinement is the most barbaric of punishments. Few people can withstand this form of torture without becoming very ill, both physically and mentally.

In 2009, The New Yorker ran a piece about solitary confinement. The article concluded that this punishment amounts to torture, that it can even induce “acute psychosis with hallucinations.” The article describes the cases of two political prisoners or prisoners-of-war: AP’s Middle East correspondent, Terry Anderson, who was put into solitary by Hezbollah in Lebanon for six years. Anderson “felt himself disintegrating;” his mind went blank; he had hallucinations; he started to become “neurotically possessive about his little space;” he felt his brain was “grinding down.” He also describes Senator John McCain who said that “solitary confinement crushes your spirit and weakens your resistance more than any other form of mistreatment. And he said that even though he had his arms broken and was subjected to other forms of torture.”

Pollard’s story is so upsetting not only because of the injustice and cruelty of his confinement but also because this is a saga about America’s official and continuing anti-Semitism and anti-Zionism.

Once, early in the century, I was talking to Natan Sharansky when he was Israel’s Minister for Anti-Semitism and the Diaspora. Natan was going to visit Pollard in prison. Apparently, seven years in solitary, heartbreaking betrayals, and a series of major illnesses had not rendered Pollard an “easy” case interviewee. Gently, I reminded Natan that Pollard was our Jewish-head-on-a-pike for all to see—it mattered not if torture had made him “difficult.” Immediately, our prisoner of conscience, our Zionist hero, agreed with me and promised to redouble his efforts on Pollard’s behalf. I have no doubt he did so as did many a noble American who argued Pollard’s case for all these years. 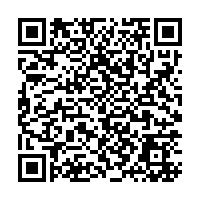