The IDF and the Israel Security Agency have inflicted heavy blows on the Lions’ Den terror group in Nablus but are unable to stop the phenomenon. The group continues to operate and announced that it was involved in a new shooting attack on IDF forces protecting a group of Knesset members during a visit to Joseph’s Tomb in Nablus.

The “Balata Battalion” was formed mainly to confront IDF forces and Israeli civilians who come to Joseph’s Tomb in Nablus. One of its members, Mahdi al-Hashash, was killed recently by an IDF force. Most of the members of this group are from the Fatah movement and they also have a connection to the “Lions’ Den” group.

The decrease in the number of Palestinian terrorist attacks in recent days is only temporary. Security officials in Israel estimate that terrorist activity in the West Bank will increase in the coming days as the terrorist organizations try to challenge the new Netanyahu government.

The trend of terrorist organizations is to form groups of armed terrorists in every city and refugee camp in the West Bank. Behind this idea is the Islamic Jihad group, which seeks to join with other Palestinian factions to bring about an armed intifada.

Terrorist organizations are trying to maintain the momentum of the terrorist wave and are pouring money into the new armed groups to enable them to purchase weapons and uniforms.

When they are not carrying out attacks, the new terrorist groups engage in military parades and training to encourage the idea of resistance to Israel and recruit new members to their ranks.

The Palestinian Authority still has a security presence in Nablus, but the establishment of additional armed groups challenges the PA and Israel. The IDF’s arrest operations are not enough to stop the terror wave and a major military operation is needed in the northern West Bank to eliminate the hundreds of armed terrorists, who are also planning attacks inside Israel.

The Israel Security Agency revealed that three terrorists recently captured in Nablus with weapons were planning to carry out a major attack to avenge the death of the terrorist Ibrahim al-Nabolsi, one of the leaders of the “Lions’ Den” group. They received assistance from an Islamic Jihad operative from Gaza to purchase weapons.

The new Minister of Defense in the Netanyahu government will have to reevaluate the security policy in the West Bank and change the strategy, which has been proven to be insufficient to stop the new wave of terrorism.

Prime Minister Lapid and Defense Minister Gantz appeared to be afraid of the reactions of the Biden administration and the Palestinian Authority and have avoided taking an iron-hand policy against the terrorist wave. This is interpreted as weakness by the terrorist organizations, which take advantage of this for the purpose of strengthening and building new terrorist groups in the field.

The renewal of the policy of targeted killings appears to have been only a symbolic step and the IDF and the Israel Security Agency have used it only once in Nablus to assassinate a senior terrorist from the Lions’ Den group. The use of this tool should be increased, which is a decision of the political echelon. 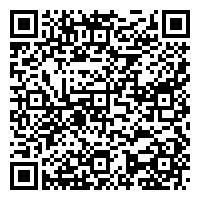