*Editor’s Note: This is part XV in a series from Dr. Grobman. You can read Part XIV, here

With the Nazi invasion of Russia on June 22, 1941, the Reich began the first systematic efforts to exterminate the Jews. From the beginning of this military campaign, the American Jewish press provided comparatively accurate accounts of the atrocities committed against the Jews. It is important to reiterate that Alfred Streim, the late chief prosecutor of Nazi war crimes in West German, asserted “The actual order for destruction was issued between early August and September 1941.” He explained, that “Although women, children, and old persons were also arrested during the raids, they were in general not killed immediately but segregated from the rest of the population and incarcerated for the time being; they were shot only between the end of July and the beginning of August 1941.”

This news of the massacre received wide coverage and became the subject of many editorials. On June 26, 1941, Samuel Margoshes, editor of the prominent Yiddish language daily Der Tog (The Day), warned that 5,000,000 Jews were trapped in the wake of Hitler’s invasion, and little of Jewish life would remain as a result. The American Jewish Congress recalled the bloody massacres of the Jews by the Ukrainian White Guard in 1919 and 1920 and feared the Ukrainians would again slaughter the Jews. Unfortunately, there would no place for them to escape.

Between 1917 until 1920, approximately 75,000 Jews were murdered during the Ukrainian pogrom according to historian Hillel Ben-Sasson. Many where viciously murdered or horribly tortured. Thousands were injured, women were raped, and the possessions of the poor were stolen and destroyed.

In July 1941, the Jewish press reported that hundreds of Jews were murdered in almost all the cites in the Volhynian area including Minsk, Brest-Litovsk, Lvov and Przemyśl. Additional reports described how the German bombs and artillery destroyed numerous Russian villages, killing thousands of Jews, and rendering tens of thousands homeless.

On August 11, the Jewish Telegraphic News Agency (JTA) reported a radio broadcast from Moscow describing how Germans forced Jews to dig their own graves in the Nazi -occupied Minsk Region. The radio reported:

“On July 21, the commander of the (concentration) camp ordered a large group of Jews to dig their own graves. When this was done, the victims were bound and thrown into the graves, while Russian internees were ordered by the Nazi commander to fill the pits with earth so that the Jews would be buried alive. The Russians, however, refused. Whereupon the Nazis brough machine guns to the spot and executed 45 Jews and 30 Russians.”

On August 24, Der Tog reported a group of 26 distinguished Soviet-Jewish writers, artists, scientists, and journalists issues an appeal to world Jewry urging them to unite in their fight against Germany. Unless the Nazis were defeated, the appeal declared, they would succeed in their “gangster program for the complete and unconditional extermination of the Jews by all methods” at their disposal. The appeal was drafted and adopted at a mass meeting in Moscow. Jews throughout the world were encouraged to “disrupt the economic resources of the Fascists: and maintain a universal boycott of Nazi products.

Many speakers at the meeting noted that “all highways and roads in the Nazi-occupied part of the Ukraine” were “strewn with tortured and butchered Jews.”  David Bergelson, The Yiddish novelist and dramatist, declared that “the Nazis have made up their minds to completely annihilate the Jews as a people, but the Jews are determined to live and not die.”

Although the Contemporary Jewish Record, published bi-monthly by the American Jewish Committee, stated that this appeal “occasioned serious consideration of the situation,” of Soviet Jewry, it also participated some negative response. Hayim Greenberg, co-editor of the American Zionist journal Jewish Frontier, asserted in the October 1941 issue of the magazine, that this appeal served no purpose at all. Up to a few months ago, these Soviet intellectuals had endorsed the notion that it did not matter for the proletariat whether Winston Churchill or Adolph Hitler won the war. Greenberg asked what right had they to preach to American Jewry, when the American Jewish community had been in the forefront of this life and death struggle long before these new leaders had a change of heart.

Greenberg also objected to the positive response to the appeal by the Board of Jewish Deputies of England, the Executive Committee of the Jewish Agency and the Vaad Leumi (national council of Palestine Jews) who responded positively to this appeal. In doing so, Greenberg charged the 26 were conceded to be spokesman for Soviet Jewry. Yet, many in this group has assisted in repressing Soviet Jewry’s effort to voice its concern.

The independent Jewish Spectator and the Forward, the Yiddish daily newspaper with the largest circulation, shared Greenberg’s view. The Jewish Spectator also maintained that the real voice of Soviet Jewry had not yet been heard. The paper contended that there could not be solidarity with the Russian Jewish Communists because of their past activities against Russian Jewry.

Writing in the Congress Weekly, published by the American Jewish Congress, William Zuckerman, manager of the Chicago office of the Jewish Daily Forward, chastised American Jewish leadership for its lack of response to the plight of Soviet Jews. There is surely no justification for such indifference when the Jewish world is confronted with a life and death struggle.

The American Jewish Congress answered this attack by pointing out that while Zukerman’s accusation were being made, the America and World Jewish Congress presented the Soviet Embassy in Washington a message “of fraternal greeting and encouragement” to Russian Jewry and the Russian people. The Congress suggested that even a cursory analysis of the call from Moscow would indicate that many of the signatories probably had nothing to do with the writing of this document. They would have known better than to explain to world Jewry the dangers of Adolph Hitler. Therefore, this appeal was nothing more than Soviet propaganda.

The New Zionist Organization (NZO) founded by Zev Jabotinsky, assumed a different approach. They were willing to overlook the past activities of those who signed the appeal, but not prepared to disregard the Soviet Governments treatment of Soviet Jewry. If the Soviet government truly intended to change its policy toward the Jewish people, then some preliminary steps should be taken to demonstrate its sincerity.

The Soviets would have to end the persecution of Zionism in Russia and show some indication they would no longer interfere with the Jewish people’s desire to build its own state in Palestine once the war was won. 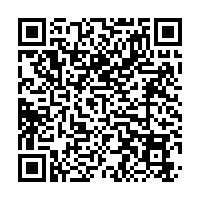