A refusal to arm and maintain necessary forces to keep the peace; a refusal to reverse Hitler’s violation of the peace when he remilitarized the Rhineland in 1936 – something that could have been accomplished easily with available forces when Hitler’s armies were as yet too weak and small to face determined opposition; a refusal to make common cause with the Soviets to counter Hitler – all these and more found Britain so fatefully unprepared for the crisis when it came. But Buchanan fixates on Munich, divorced of its historical and moral context, his unctuous tone notwithstanding.

Moreover, however woefully unprepared was Britain for war in 1938, it was in arguably better shape for the supreme test than a year later when it did go to war. True, the Royal Air Force won a year’s reprieve in which to build up its strength, which proved hugely important, but the failure to stand firm at Munich was also militarily disastrous. It deprived Britain and France of a Czech ally who, rendered defenseless, was dismembered by Hitler six months later, along with its excellent army of 40 divisions. This freed up 30 German divisions for service elsewhere, handed to Hitler the resources of the Czech arms industry, economy and territories, and brought about the collapse of France’s eastern alliances.


In short, abdication at Munich led to the ill-considered and unenforceable guarantee to Poland, which Buchanan deplores – he merely fails to explain that his preferred appeasement policy brought Britain to that very pass.

By its unpreparedness, Britain nearly forfeited its existence, not merely its empire, and had to fight for its life in a monumental war that could have been headed off earlier at much lesser cost by a combination of prudence and moral clarity. Those searching for either will not find it in Buchanan’s book. People who neither wish to confront aggression nor inquire into the evil that animates it are the first to find spuriously altruistic reasons for so doing – a truism that can stand as an epitaph for Patrick Buchanan. 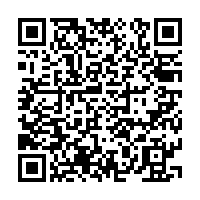