For centuries, Europe was one of the most violent regions on earth. It was the epicenter of two world wars. World War II alone claimed the lives of at least 50 million people. Europe’s long and painful path to peace and prosperity did not come about through compromise, but by means of a decisive victory over Nazi Germany and her allies Japan and Italy.

By contrast, the Arab-Israeli conflict continues because Israeli triumphs on the military battlefield have not been translated into a total Israeli victory to end the conflict for the benefit of both Arabs and Jews. The misguided Oslo “peace process” and the ensuing international pressure on Israel only pushed the prospects for genuine peace even further away into the future by enabling the continuity of Arab aggression.

The PLO was established in 1964 while Egypt occupied Gaza and Jordan occupied Judea and Samaria. However, at the time the PLO was not interested in Judea and Samaria, which had been ethnically cleansed of Jews by the Jordanians. The territory that Arafat’s PLO wanted to “liberate” was Tel Aviv, Haifa and all of Israel within its internationally recognized ceasefire lines.

In reality, the “March of Return” is a refusal by Hamas to accept defeat and an attempt to turn the clock back to the pan-Arab assault on Israel in 1948. Hamas and Fatah are political rivals, who frequently disagree on tactics towards Israel and the international community. However, they both share the ultimate goal of destroying Israel and reject Jewish national self-determination within any borders.

Like the Arabs in 1948, the Germans and the Japanese were traumatized and humiliated by losing their war of aggression in 1945. After the Second World War, at least 12 million Germans fled or were expelled from Eastern and Central Europe. There was indisputably no “right of return” to those territories for any German refugees, who were all absorbed by Germany.

Today, there is not even one single German refugee. In 1945, neither the Germans nor the Japanese were in any position to demand anything from the victorious allies.

The unconditional surrender imposed on Berlin and Tokyo was a blessing in disguise, which transformed Germany and Japan from belligerent dictatorships into thriving and peaceful democracies.

In his prematurely optimistic book The New Middle East, the late Israeli leader Shimon Peres envisioned a thriving and peaceful Middle East, inspired by the European experience that turned bitter enemies like France and Germany into partners in the European Union. This vision propelled the Oslo “peace process”.

Apart from ignoring the absence of democratic traditions in the Arab world, liberals have systematically misread the political map of the Middle East. Ideologically and emotionally, PLO and Hamas are today where Germany was in 1918, not 1945. The defeat of Germany in the First World War did not lead to peace but fueled German bitterness that eventually paved the road to Adolf Hitler and the Second World War.

Despite many spectacular military losses against Israel, the Arabs refuse to accept defeat. International pressure on Israel has convinced most of the Arab world that time is on their side and that Israel will eventually be destroyed through a combination of military, demographic and political means. This genocidal Arab fantasy has been nourished by the same international community that officially claims to advocate peace between Israel and her Arab neighbors.

“I think that this is the first war in history that on the morrow the victors sued for peace and the vanquished called for unconditional surrender.”

Since the Arab-Israeli conflict is existential, it can only end if the Arabs abandon their goal of destroying Israel or if the Jews abandon their national freedom. Since the Jewish people has no intention of surrendering its hard-won national rebirth, there is no alternative to an Israeli victory that forces the Arabs to surrender and give up their goal of destroying Israel.

Only when the Arabs recognize Israel’s right to exist, can a meaningful political peace process start. Since this is in a distant future, Israel and her allies need patience and perseverance in a world order that is still biased against Israel. However, shrinking Arab oil revenues and the emergence of Israel as a technological and military powerhouse, is gradually tilting the balance in Israel’s favor.

In his classic Middle East work, “A Peace to End all Peace”, David Fromkin documents the fall of the Ottoman Empire and the emergence of the volatile modern Middle East. For the sake of Jews and Arabs alike, Israel must win the war to end all war. 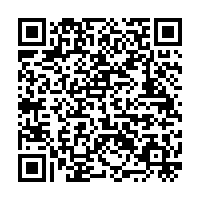