The Days of Awe bring out a sense of penitence and communal introspection. Thus, many people make their way to shul that we don’t see the rest of the year. Here are some of the people you will see in shul over the High Holidays.


They must’ve sinned real bad this past year. They’ve got to be feeling bad for something. I’m not judging, but would they really be crying that much if they had done what we all know they did this year? It’s either that, or they think they’re better than you, being all penitent.

One That Remembers You

You have no idea who they are. They stopped showing up to shul when you turned five. You’re forty right now and somehow, they know you. They know your parents, your grandparents, your kindergarten teacher, and they didn’t even Google it.

Other One That Remembers You

Somehow, they were at you Bris and every lifecycle event you ever had. They’re sitting there at your Bar Mitzvah. You will see them in the pictures when you go back home. Somehow, you still have no idea who they are. Your parents are closest of friends with them.

They look penitent. Swaying with their eyes closed, with a strong squint. They’re probably going to be forgiven and you aren’t.

One with the Really Nice Hat

The One Who is Timing the Shofar Blasts

They’re looking to see that the shofar blow goes past the twenty second mark. She let out a huge gasp and cheer last year. I don’t think she realized that services were going on. She just wanted to show her appreciation for the cantor’s lung capability.

The Guy from The Hardware Store

Didn’t even know he was Jewish.

You finally get to meet her. She’s a lifetime member and nobody knew. Finally, somebody is sitting there.

The One Without a Seat

We care about them so we pull out a plastic chair for them. To not embarrass them, we sit them next to the people in the nice cushioned pews.

Saving face, they show up and pretend like they didn’t get the twelve emails or see the signs about High Holidays and how dues don’t cover a place to sit.

Again, this year, they pulled the wrong side of the rope first. They’ve got to practice this at home or something. They just closed the curtain even more.

The One Who Shows up For Yizkor

They show up for the one service to remember their ancestors who’ve passed on. Again, this year, they say that they should come to shul more often. The rabbi gets them crying so they decide to make a significant pledge to the shul’s Yizkor Appeal. They show up once a year, for an hour, and once again give more money than any of the congregants.

Ones Who Come to Hang Out During Yizkor

Thank God, their parents are still alive, so they leave the synagogue until the Yizkor memorial service is over. If they are single, they’re coming to hang out outside the chapel during the Yizkor, hoping to get a date; treating Yom Kippur as a singles event.

Though it’s a commandment, I’m still trying to figure out why they’re fasting.

The One Who Loves the “Ashamnu Bagadnu” Song

The lyrics of “We have sinned” get this guy going. He loves the tune and the heart pounding dance at the “Yay Nay Nay” part. He doesn’t speak any Hebrew, but he’s confident he understands what “Yay Nay Nay” means.

He hits his heart way too hard. Two years ago, he used this ability on a man who had passed out. He saved the man’s life.

The One in Leather Shoes on Yom Kippur

They don’t know about the concept of no leather shoes on Yom Kippur, so they look a little too good, being the only ones not in Converse All-Stars.

Woman Whose Hat You Can’t See Over

She’s the one with the fancy hat from the Emanuele Collection that also serves as a supplementary mechitza.

One Still Looking at Her Watch

She is fifty years old but still hasn’t accepted the fact that services during the High Holidays are long.

They’re going to complain no matter what. Today, they’re complaining about how long the services are. See above for watch lady.

One Who Doesn’t Want the Services to End

They’re into the prayers and extremely penitent, and know that when the holiday is over they’re going to start sinning again.

The Guy That Slows Down the Services Because He’s Talking

Every five minutes the cantor has to stop, so the rabbi can shush everybody. Somehow, this guy still can’t figure out they’re shushing him. He came to services to talk with his buds about golf and doesn’t want to be disturbed.

Lady That Slows Down the Services

She came to talk with her friends about the lady with the Emanuele hat.

He’s louder than the everybody else.

The One Who’s Starving

We get it. We also haven’t eaten for twenty hours. Why are you complaining to us?

The Congregant Sitting at the Door

These little kids have no shame. They’re pulling out their bags of Cheerios, stuffing their faces, while we’re all fasting, staring at them. I understand that little kids don’t have an obligation to fast, but somebody’s got to give this three-year-old a talking to. Chutzpah!

The People Who Care About You

They remember when you were in nursery. You try to avoid them, scared they know all the stories of your childhood, but you can’t. They’re sitting there with a huge hat from the Emanuele collection, complaining about how long the service is and how they’re hungry, excited about the shofar blasts, shushing everybody, pounding real hard at the “Yay Nay Nay.”

These are the people you are standing in front of God with, as you are judged for the year to come. Good luck. 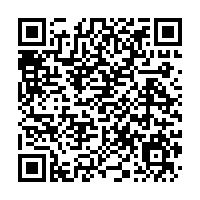