Philadelphia, the city where I live, has quietly and unassumedly become the capital of the Western world as regards female Islamic garb as an accessory to crime.

By my count, the Philadelphia region has witnessed 14 robberies (or attempted robberies) of financial institutions in the past six years in which the thieves relied on an Islamic full-body cover. They took place in January 2007, June 2007, May 2008, November 2009, October 2010 (two), February 2011, June 2011, December 2011, January 2012, March 2012 (two), and April 2012 (two). The most violent attack took place on May 3, 2008, when Police Sergeant Stephen Liczbinski was killed with an AK-47 in a shoot-out following a successful robbery using burqas; the police then killed one of the criminals.


First, a tutorial on Islamic coverings, all of which tend to be called veils in English but fall into three main categories. Some (the abaya, hijab, chador, jilbab, or khimar) cover parts of the body, especially the hair, neck, and shoulders, but reveal the face and identity of the woman; some cover the face (the yashmak) but show the body shape; and some hide the whole body, including the identity and gender of the wearer. The latter – our topic here – is better described as a full-body cover than a veil: it in turn has two types, those that cover the person entirely (the chadari or burqa) or those with a slit for the eyes (the haik or niqab).

As the Middle East Forum’s David J. Rusin points out in his detailed survey of Philadelphia burqa crimes, Muslim garb holds two great advantages over other forms of disguise: First, many full-body covered women walk the streets without criminal intent, thereby inadvertently providing cover for thieves; the more full-body coverings abound, the more likely that these will facilitate criminal activity. Second, the very strangeness and aloofness of these garments affords their wearers, including criminals, an extraordinary degree of protection. As in other cases (three purchases of alcohol in Toronto state liquor stores by a 14-year-old boy in a burqa; Muslim women not checked at Canadian airports), clerks so fear being accused of racism or “Islamophobia” that they skip state-mandated procedures, such as requiring niqabis to show their faces and establish their identities.

To their credit, some banks no longer allow head coverings. For example, a PNC Bank office in Philadelphia boasts a front-door sign stating: “The safety of our employees and customers is our foremost concern. We request that you remove any hats, caps, sunglasses or hoods while inside this financial institution.” Such policies should reduce burqa bank robberies.

But as banks become harder targets, Islamic garb presents a more general danger to soft targets. For example, in the Philadelphia area, assailants donned Islamic garb to rob a real estate office in 2008 and commit murder at a barber shop in 2012.

Not fatal but equally horrific, was the Jan. 14-15 abduction and rape of a 5-year-old child in Philadelphia. A niqabi signed Nailla Robinson out from the Bryant Elementary School pretending to be her mother taking her to breakfast. Investigators believe the two walked a few blocks to where a man awaited them. Nailla then disappeared for nearly a day and was only found the next morning shivering half-naked in a park by a passerby. Last week, the police arrested Christina Regusters, 19, an daycare center employee with prior contact with Nailla. The fourteen charges against her include kidnapping, rape, aggravated assault, recklessly endangering another person, and criminal conspiracy.

The usual two factors noted above were critical to this crime’s commission: the spread of full-body gear (Nailla’s mother, Latifah Rashid, wears Islamic garb, meaning the abductor could plausibly pretend to be her) and the Bryant school staff deferring to a niqabi (completely ignoring the many rules pertaining to the escorting of a child from school).

This survey of Philadelphia’s crisis prompts several reflections: First, almost any Western city at any time could have Philadelphia’s problems. Second, this is deadly serious issue, involving violent robberies, rapes, and murders. Third, as full-body Islamic covers spread, criminals increasingly depend on them. Fourth, government workers need to surmount their timidity and apply normal procedures even to those wearing full-body covers, even in liquor shops, airports, and elementary schools. Finally, this problem has an obvious solution: ban the niqab and burqa in public places, as the national governments in France and Belgium have recently done.

Goldstein on Gelt: Why are Bond Prices Affected by Inflation and Interest Rates 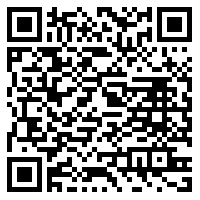