A look at developments in the Middle East over the past decades gives the clear impression that the region is becoming “cleansed” of minorities, especially the Christians who have inhabited it for millennia. The process is reminiscent of what happened to the Jews of the Arab countries, who had to flee their homes amid pogroms and persecutions they suffered throughout the 20th century, especially after the establishment of the state of Israel and its victories over its Arab enemies.


It was in fact in Morocco, where several thousand Jews have remained, that the first massacre of Jews in the 20th century occurred – in Fez, on April 17, 1912, after Sultan Mulai Abd al-Hafid signed a treaty that turned Morocco into a French protectorate. For the people of the country, this handing of the reins of authority to a Christian ruler was an act of betrayal. Unable to attack French people, the Arab mob opted to attack Jews and their properties. Fifty-one Jews were murdered and many homes were looted.

On August 3, 1934, a Jewish tailor in the Algerian town of Constantine cursed the Muslims and insulted Islam while drunk. The result: pogroms against the local Jews that killed 25 and wounded 38.

In June 1941, the Farhoud broke out in Baghdad. About 200 Jews were murdered and thousands wounded by their Arab neighbors. Jewish property was looted and many homes set ablaze.

Four years later, on the anniversary of the 1917 Balfour Declaration, large numbers of Arabs took out their frustration over Germany’s defeat by perpetrating pogroms in several Arab countries. In Egypt, 10 Jews were killed and about 350 wounded during Muslim Brotherhood riots against the declaration. Synagogues, the Jewish hospital, and old-age homes were burned and more than 100 Jewish shops ransacked. In Libya some 140 Jews were murdered, synagogues were burned, and homes were looted.

On the day after the adoption of the UN partition resolution on November 29, 1947, pogroms against Jews erupted in several Arab countries. These were not coordinated but, rather, spontaneous. The Muslims could not understand how the Jews, who had lived among them for 1,300 years as legally and institutionally inferior “protected persons” (dhimmis), were to be granted a state in which they would rule over, among others, a sizable Muslim minority. This chagrin sparked a number of pogroms. In Aleppo, Syria, 75 Jews were murdered. In Aden, Yemen, about 80 Jews were slaughtered, Jewish shops were looted, and synagogues were set ablaze. Thousands of Jews fled Aden and were held in detention camps in inhuman conditions. This led to Operation Wings of Eagles in which tens of thousands of Yemenite Jews were flown to Israel.

Some three weeks after Israel’s establishment, on June 7-8, 1948, pogroms occurred in the Moroccan towns of Oujda and Jerada. Forty-two Jews were murdered and hundreds wounded. Several days later, 14 Jews were murdered in Tripoli in Libya. In June and July 1948, in response to the Egyptian army’s failure to destroy the newly arisen Jewish state, the Jewish areas of Cairo were beset by Muslim Brotherhood bombings, acts of sabotage, and attacks; tens of Jews were killed and wounded.

The story recurred yet again after Israel’s victory in the Six-Day War, when leaders of Arab countries took revenge on the depleted Jewish communities still under their rule. Thousands of Jews were forced to emigrate as a result of harassment, imprisonment (in Egypt about 600 Jews were put in prison for one to three years), acts of murder (in Libya and Morocco), cancellation of citizenship (Iraq and Egypt), expulsion, and confiscation of property (Iraq, Libya, Egypt, and Syria). Two years later, on January 27, 1969, nine Jews, some of them minors, were hanged in the Baghdad city square on the concocted charge of collaboration with Israel. Eventually the Israeli government recognized them as harugei malchut, a designation for Jews killed by a foreign government usually on account of being Jewish.

In the mid-1980s, 11 Lebanese Jews were kidnapped by Hezbollah and executed after several months. The reason: Israel’s refusal to conduct negotiations for the release of Shiite operatives it had imprisoned. The Jews were accused of collaborating with Israel and were called “Mossad agents.”

Is the fate of the Middle East’s Christians likely to resemble that of the Jews of Arab countries? The data currently indicate that the Christians have been in large-scale flight from the region since 2014, when ISIS rose to power in Syria and Iraq. Many Western embassies have been ordered to grant entry visas immediately to Christians who wish to leave these places, and the process is yet to reach its peak. 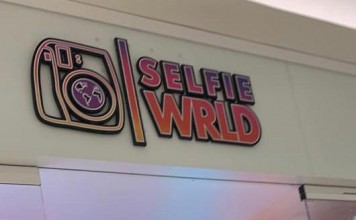 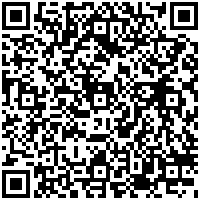