For rabbis, it’s their annual golden opportunity to reach a much larger audience than usual. For members of a congregation, they can be either enlightening or entertaining highlights of the services, or dreary and sometimes infuriating sessions. In any scenario, there’s no better barometer of the state of American Jewish life than the controversies that inevitably attach themselves to High Holiday sermons.


Sermons are often the centerpiece of the Rosh Hashanah and Yom Kippur services that bring in the kind of large audiences that are seldom present for ordinary Sabbaths. That’s why it’s rare that a congregation doesn’t use these days to help raise money to support its efforts to stay open the rest of the year, as well as to provide the customary spiritual succor.

These sermons are also a rabbi’s chance to impart priorities and views to congregants with the maximum possible impact. That’s why their choices of topics and their treatment of them are crucial indicators of what issues are at the top of the American Jewish agenda. This is also why the sermons have become an endless source of agonizing and controversy for both speaker and audience.

It is possible for a rabbi to raise an issue without speaking in a manner that makes either the synagogue or Judaism itself part of a partisan debate. Skillful sermonizers know how to tiptoe right up to the brink of using their pulpits to advance a particular cause, candidate or political party without crossing over. Asking people to think about the implications of a divisive issue, without committing the institution to one side or another, is entirely legitimate.

But in our hyper-partisan era, in which neutral ground has become rare, it’s not easy to navigate issues relating to either foreign policy or social justice without picking sides in a manner that is bound to alienate some congregants. At a time when many synagogues are increasingly blurring the line between their activities and politics, rabbis must ponder just how far they want to go in either venting their own opinions or pandering to the prejudices of their audiences.

Many Conservative, Reform and Reconstructionist synagogues have already made peace with crossing the line between religion and politics this year, through activism that clearly positioned them as part of the “resistance” against President Donald Trump. This has resulted in a so-called “Trump bump” that has reportedly boosted attendance at such synagogues, since they provide a Jewish address for liberal Jews to vent their frustrations at the president. The numbers of synagogues taking this stand will likely only increase after the president’s inconsistent statements about events in Charlottesville, Va. last month in which he seemed to treat those protesting a racist and anti-Semitic march with the neo-Nazis and Klan members who took part in it.

An overwhelming majority of American Jews are liberals and are likely to vote for Democrats. A recent Yale University study of clergy affiliation showed that about 80 percent of Reform rabbis, 70 percent of Conservative rabbis and 40 percent of Orthodox rabbis are Democrats. Therefore, it isn’t surprising that you are more likely to hear a sermon that inveighs against Trump’s positions on immigration or some other issue if you belong to a non-Orthodox synagogue.

At the same time, increasing numbers of rabbis have complained about the perils of sermonizing about Israel. Those inclined to blame Prime Minister Benjamin Netanyahu for the failure of the peace process claim that angry congregants are stifling their desire to speak out, making Israel a no-go zone for some even as others in liberal synagogues have been increasingly vocal about their desire to distance themselves from the views of the Israeli government. Indeed, the notion of High Holiday pulpits being used for traditional advocacy on behalf of Israel is increasingly passé.

What all this means is that although rabbis are still viewed as opinion leaders, their sermons are likely to reflect the views of those they serve. In this context, the question of whether to discuss politics or Israel rather than purely religious questions on the High Holidays is also a reflection of the cultural milieu in which American Jews live.

The temptation to preach politics or to treat Israel as a third-rail issue may be irresistible. But perhaps the greatest problem facing our community is the one that relates to the routine delegitimization of political foes. The same applies to the way disagreement over Israel has led some Jews to either walk away from engagement with Israel, or to support the efforts of its foes to isolate or destroy it.

None of us can say what the Jewish calendar year 5778 holds in store for the U.S., American Jewry or Israel. But we do know that at a time when we seem to have lost the ability to listen to opposing views or to regard political differences as matters on which reasonable people can agree to disagree, the need for rabbis to help heal rather than exacerbate our divisions is greater than ever. 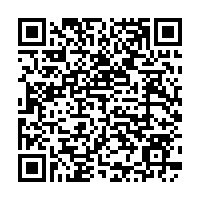