Today’s American mega-billionaires need to think long and hard about where their allegiances lie: perhaps reciting the Pledge of Allegiance before our nation’s flag might be a good place to start.

If past history is any indication, their current corporate behavior will become their personal legacy illuminated under a harsh and revealing spotlight.

American industrial giants, General Motors and Ford, found that to be the case when lawyers dug through national archives in the 1990s and discovered documents that revealed how these two corporations had their German-based subsidies working hand-in-glove with the Nazi regime both before World War II and during the conflict.

Company spokesmen were quick to suggest that those firms were operating at a distance but researchers begged to differ. History records that there is reason to be skeptical of corporate “spin.”

IBM also found itself being questioned about its business relationship with the Nazi regime. A 2002 report that found that its computing machines helped the Third Reich managing to commit mass murder on an industrial scale.

Today, social media founders such as Mark Zuckerberg need to think long and hard about their corporate relationships with countries such as China — nations that seek to assume the role of a global superpower at the expense of the United States. Published reports reveal that Zuckerberg has long regarded China as a crucial market for his products, only to find that the Chinese may now be seeking to “out-Zuckerberg” him by developing their own online “virtual universe” – a massive undertaking that Zuckerberg has sought to introduce as his next very big (and presumably very profitable) venture.

What he and other corporate executives are learning is that profits at the expense of patriotism is a dangerous game to play. The dividends for such a strategy will eventually be revealed to all and history will ask, “At what price was your nation’s future put at risk?” 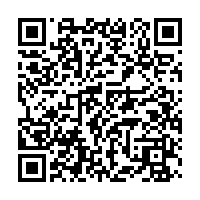