In the midst of a global pandemic, the fact that some Western pundits have insinuated that the Jews—or the Jewish state—are responsible for the spread of COVID-19 is distressing enough. Even more painful, however, is that International Criminal Court (ICC) chief prosecutor Fatou Bensouda is forging ahead with charges against Israel for war crimes.


In order to do this, she had to establish that “Palestine” is a state, applying the abused concept of “self-determination” and embracing a stance that is contested by dozens of experts and institutions, including the German government. Due to her history of political bias and prejudice against Israel and America, the latter revoked her entry visa into the United States. Those who support her position are the Arab League and the Organization of Islamic Cooperation.

“Palestine” was accepted into the ICC Assembly of State Parties in 2015. Bensouda claims that she didn’t receive any formal objections to the move. This is false. In fact, Canada filed a formal objection, and representatives from the Netherlands, Germany and Britain delivered speeches against it.

The ICC statute limits its jurisdiction to member states. Today, there is no Palestinian state (other than the two de facto ones in Ramallah and Gaza). In other words, the decision to accept the entity as a member was a political means of advancing Palestinian demands and those of various anti-Israel groups. It also has served to undermine and predetermine the outcome of any negotiations between Israel and the Palestinians.

Bensouda’s likely imminent decision to prosecute Israel for war crimes, thus, greatly diminishes not only her super partes role, but destroys her integrity and international credibility.
The many statements she has made, which are so crass that it’s hard to believe they are coming from a distinguished prosecutor, expose her Israelophobia.

For Bensouda to exceed her purview in such a blatant and biased manner at a time when Israel is fighting valiantly against the coronavirus, including on behalf of its neighbors, even Hamas, is a perfect example of the attempt to replace historical justice with legal maneuvers. And that is the real crime. 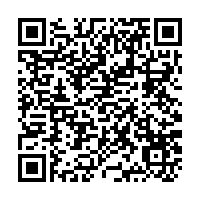