One of the many lessons the Purim story teaches us is how fast and far the powerful can fall. It is a fate even more fitting when they fall over a stumbling block placed in front of them by their own hand. Haman hanged from the very gallows he had prepared for Mordechai.

That’s one of the many thoughts that have crossed my mind since the Eliot Spitzer scandal broke. Spitzer is not the first public figure to fall from grace, but the hypocrisy of his actions is stunning, almost poignant. Behold, one of the most arrogant politicians of our time, who fashioned himself the righteous zealot rooting out corruption in high places, resigns in a mudbath of moral disgrace.


Arrogance, I believe, is what makes an otherwise intelligent man think he can get away with appalling transgressions. Bill Clinton possessed the same hubris. And so, millennia ago, did Haman. Just like his ancestor, Amalek.

To start up with the Jews, God’s people, takes nerve. Chutzpah. Wasn’t that Amalek’s great sin? Ambushing a weary B’nei Yisrael after having witnessed with their own eyes the parting of the Red Sea and the drowning of the entire Egyptian army? God vanquished Amalek in that battle, but did not allow the nation to be finished off completely. Rather, He pledged its eventual destruction, in effect branding Amalek the eternal enemy of the Jewish people. As Moshe declared, “Hashem maintains a war against Amalek from generation to generation.”

By making war against the Jews that one time – an act of incredible arrogance – Amalek dug its own grave in the sands of history.

Fast forward to ancient Persia. The remarkable success story of the Jewish people must have been grudgingly recognized by the surrounding non-Jews. As Haman’s own “aishet chayil,” Zeresh, warned her husband (albeit too late): “If Mordechai, before whom you have begun to fall, is of Jewish descent, you will not prevail against him, but will undoubtedly fall before him.”

But Haman, too, was done in by his own arrogance. He was vain and power-hungry, and therefore his grasp on reality had begun to slacken. When Esther invited him to her private banquet, two nights in a row, he should have been suspect. Instead he was elated. Not only did he appear with bells on for what was to be his own denouement, he literally fell upon Esther on her couch, thereby incriminating himself on a wholly different charge.

Esther, on the other hand, wielded great influence without a hint of arrogance. Like Moshe, she was an unwilling savior, hand-picked by God to take on a role she neither sought nor desired. And yet she rose to the task with grace and judgment worthy of a seasoned leader.

Megillat Esther is full of drama, but my favorite scene has always been the exchange, via messenger, between Mordechai and Esther at the end of Chapter 4, when he relates the impending annihilation of the Jews and implores her to intercede with the king. At first, Esther refuses. She is afraid; she feels powerless, constrained by the rules of the royal court that bar one from appearing unbidden before the king. But Mordechai fires her up with his response, concluding: “And who knows if it was for just such a time as this that you attained a royal position!”

Esther is swayed; she accepts the mission. But it with humility and self-sacrifice: “Then [after all the Jews of Shushan and I and my maids have fasted for three days and nights], I will go before the King even though it is forbidden, and if I shall perish, I shall perish.” How inspiring! How many leaders – especially those who did not even want the job – would show such courage?

What does any of this have to do with Eliot Spitzer? Lots of powerful people are arrogant – it’s not necessarily at odds with effective leadership. To take just one example, I was a fan of Rudy Giuliani (I say was because he really is a has-been now). He accomplished great things for New York City, yet he had an ego big enough to fill Yankee Stadium. The more arrogant one is, however, the greater the risk that the power he holds will start to play tricks on his mind. He will begin to feel invincible, untouchable, incapable of losing his mantle. And then – when he inevitably falls prey to his own greed, lust, or foolishness – the fall will be that much steeper.

Hamas Must Be Comprehensively Routed 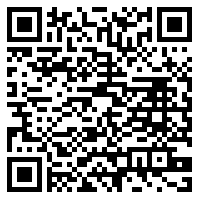