With a broad smile wreathed across his face, president Barack Obama stood as a man vindicated by his policies as he proclaimed, “We have prevailed.” The latest news of what can be called monumental has swept through the Middle East signaling the dawning of a new era of hope and optimism.

Abu Bakr al-Baghdadi the leader of ISIS has announced the breakup of the Islamic State. He stated his fighters will be returning to their homes to take up the job offers by the Obama administration’s Foreign Job Initiative. Baghdadi stated, “We are very sorry about the damage we inflicted upon so many innocents. Our fighters were bored and depressed because of joblessness and the lack of hope. Now due to the generous policies of the Obama administration, which listened to our heartfelt concerns, we have changed.”

As fighters were packing up and exiting armed camps throughout the Middle East, Baghdadi expressed the hopes of the former Jihadists that their real aspirations were always job security and true understanding of their difficult plight “They will now go home and return to being respectable and productive citizens,” he said.

As a result of the break-up of ISIS, the government of Egypt has formally offered apologies to President Obama for having launched attacks against ISIS without notifying the White House. Egypt’s stunned President Al Sisi stated, “We did not realize that such solutions to conflict ever existed.”

The concern over the long dreaded Iranian nuclear weapons has now ended as well. Iran’s supreme leader, Ayatollah Ali Khameini has publicly announced Iran’s plans to suspend all Uranium enrichment programs, attributing the decision to “the ending of all economic sanctions against Iran and more importantly, the warm wishes of the great President Obama over the past several years. After such overtures, how could one refuse the request of a true friend like President Obama.” He added that Obama’s secret messages over the years had “moved him almost to tears.”

United Nations weapons inspectors were flabbergasted when the Iranians allowed them full unfettered access to all of their nuclear sites.

At a press conference on the White House lawn yesterday, Obama remarked that along with dropping sanctions, “All the Iranians ever really wanted was respect and a true partner, and the settlement of long standing disagreements after so many years of mutual mistrust.”

The umbrella of peace spread. Russian President, Vladimir Putin responded to the overwhelming diplomatic achievements delivering an emotional speech announcing the withdrawal of all Russian forces from Ukraine. Putin rhetorically asked, “After all the diplomatic overtures, how could I not do the same?” Later this week, President RecepTayyipErdogen of Turkey is expected to announce the end of Turkey’s recent military buildup.

Security experts are baffled by the unprecedented diplomatic successes. One official stated, “It is as if the rules of international relations paved throughout the millennia have suddenly undergone a complete change.”

The UN has announced that it will begin the process of returning the surviving refugees resulting from ISIS expansion, to their former homes. Some whose communities were completely ravaged by war will be resettled. Nations are already offering assistance.

President Obama stated, “I always knew that when conducting diplomacy, one should look for the needs of the other folks and be sure not to offend them. I always knew that appeasement is the best path to peace.” He continued, “Game over! I will now be heading back to the golf course.” 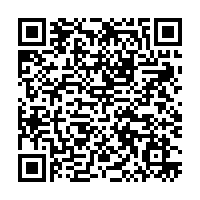