Our family has arisen from sitting shiva for Horav Chaim Eliyahu ben Horav Avrohom Yaakov zt”l. There was an uninterrupted flow of friends, neighbors, former and current students, and distinguished rabbis and community leaders who came to console us from 7:30 a.m. until close to midnight.

Although we were well aware of his trailblazing projects to strengthen and spread Torah chinuch and chesed, we had no way of knowing how many people considered him a dear friend and confidant, and how far he extended himself for anyone in need.

He always had time for every individual, and he eagerly shared his ideas on such projects as Siyum Mishnayos, Jewish music and the Torah Communications Network. It is almost impossible to calculate how he had all this time – in addition to his teaching, working on numerous projects, and attending daily shiurim.

We heard from so many individuals he had directly impacted, and not a few who had come to him with problems no one else could solve. The common thread was that if it was a matter of kavod shamayim, of justice and righteousness, he feared nothing and no one. He accepted every challenge that came his way, for no personal gain, and followed through to the end.

He left us with numerous innovative projects in various stages of completion. The question on many lips was, “Who will now carry on his great work?”

Family and friends quickly stepped forward with offers to complete several new publications he authored with, ybd”l, Rabbi Aryeh Schechter. These include classroom pictorial textbooks on The Seven Species for which Eretz Yisroel is Noted, The Laws of Shmittah, A Pictorial Guide to the Four Minim (Sukkos), Learning to Identify Animals, Birds and Fish That Are Kosher and Tzuros Ha’osios (the appearance of the characters written in Torah, tefillin and mezuzos).

They also plan to publish his just completed books Thoughts on the Haggadah and The Beauty of Israel. His most recent videos, which are almost ready for distribution, include a Guide to Israel and a documentary on the Holocaust as reported by those who survived.

One project he had recently undertaken may potentially surpass all others – a drive for passage of legislation to require government funding of yeshiva education. He felt strongly that yeshiva children should be funded on a par with public school children for everything but the extra cost of religious studies.

He had met with political and communal leaders who told him school vouchers were politically impossible to achieve. But as with his earlier projects – which many also viewed with skepticism – he believed we are obligated take action and leave the rest to Hashem Yisborach.

Less than a week before his passing, he issued a letter, which appears below, pleading for help with this worthy effort.

May we all share in the z’chus of continuing his holy work as we prepare ourselves and the world for the coming of Moshiach soon in our day.

These special days of Adar II, Taanis Esther and Purim bring with them the great opportunity to help yeshivos and the Chinuch of our children. Consider the following policy statement [appearing on the website] “John McCain 2008” on education:

“John McCain believes parents should be empowered with school choice to send their children to the school that can best educate them just as many members of Congress do with their own children. He finds it beyond hypocritical that many of those who would refuse to allow public school parents to choose their child’s school would never agree to force their own children into a school that did not work or was unsafe. They can make another choice. John McCain believes that is a fundamental and essential right we should honor for all parents.”

As a sitting U.S. Senator, John McCain can sponsor the Civil Rights Act for Equal Educational Opportunity that will require states to provide equitable educational funding for children in public and non-public schools, while respecting the liberty of schools in hiring and provision of services.

Please call his office at 202-224-3121 and urge him to do so. Following is a suggested message, which you can leave day or night: “Thank you for advocating school choice. Please sponsor the Civil Rights Act for Equal Educational Opportunity to require the states to provide equitable educational funding for children in public and non-public school, while respecting the liberty of schools in hiring and provision of services. This is a win-win for the American people.” 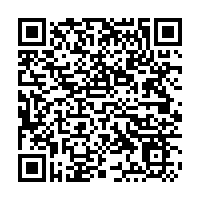