It was the 26th annual dinner for Bet El and the main ballroom was crowded with dignitaries, honorees, politicians, cantors, musicians, and a vast number of supporters. My dear friends Rickie and Dr. Morris Platt were the gracious hosts at our table. On the dais sat the beating heart of Bet El, Yaakov Katz – “Katzele” – tall, vivacious and white bearded.

Rabbi Israel Meir Lau, chief rabbi of Tel Aviv and former chief rabbi of Israel, delivered the keynote speech. With a nod to parsha Vayishlach, he noted that Esav’s children “yoshvei b’aaretz” – live on the earth.

Rabbi Lau explained that Esav’s children could smell and taste the earth and knew where to plant each crop, every fruit. They were “earthy,” perhaps earth-bound, like their ruddy ancestor. Yaakov’s children? Ironically, inevitably, they prosper best – as does their land – when, after long wanderings and exile, they return to their “place” in Israel.

Rabbi Lau asked whether any of the various occupiers of the Holy Land – Babylonians, Assyrians, Persians, Greeks, Romans, Christians, Mamelukes, Turkish Ottomans, Brits – ever made the desert bloom there.

“But in only sixty years, look what the Jews have done in Israel. This land is not fruitful under the control of any other nation but it is very fruitful when Jews settle there.”

Rabbi Lau made us all laugh with his observation that Israel is so small, there’s no space to write the country’s name on a map. “Half the word ‘Israel’ is located in the Mediterranean.”

Despite Jews having been persecuted for millennia, he added, “we can never be destroyed.” But, he warned, “We have a problem. It is among ourselves. It is an inner problem.”

He recalled that on a diplomatic mission in 1987, he met with various American officials and asked them “not to push us.” That is when he learned an important lesson – namely, that when Jews are united, America will not push, but when Jews themselves cannot agree, when the Jews of the world are split, that’s when an opening exists that foreign powers will exploit – to Israel’s detriment.

Unfortunately, said Rabbi Lau, it seems we Jews routinely war among ourselves: “We know how to die together but not how to live together.”

Rabbi Lau then turned his attention to the massacre in Mumbai. He likened the Indian nanny Sandra Samuel’s rescue of two-year-old Moshe Holtzberg to Pharoah’s daughter saving another Moshe from a watery grave. This time, a righteous non-Jewish woman rescued Moshe from fire and bullets.

Rabbi Lau described Samuel’s action as “the light at the end of the tunnel” or rather as “the light in the middle of the tunnel,” by which he meant that her risking her life to save a Jewish baby is the kind of redemptive act from which Jews must learn.

“There is hope in mankind’s love and humanity,” he said, “and this gives me cause for optimism.”

Rabbi Lau hopes we Jews can learn from righteous non-Jews how to be good to ourselves. After all, Pharoah’s daughter, defying her father’s authority, adopted Moshe. In turn, Moshe learned from her. In a sense, and in her honor, our liberator, reared as a prince of Egypt, adopted the Jews as his own people. 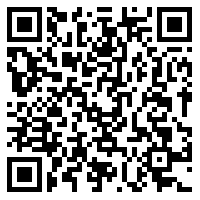