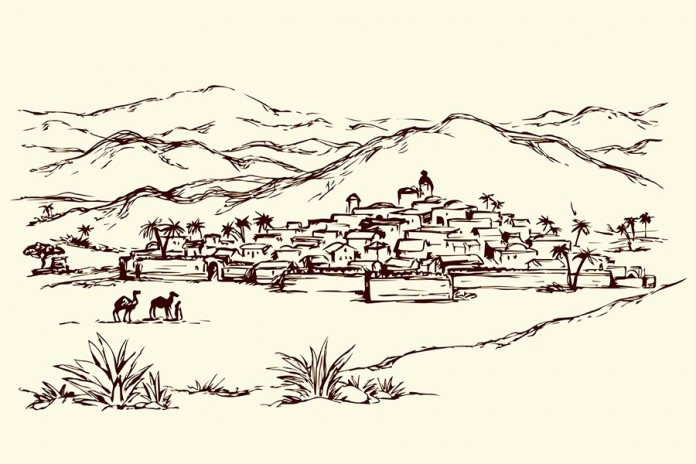 He had come a long way to reach this moment, following the perilous route from Catalonia to the shores of the Land of Israel. He had once been the unchallenged teacher and leader of Aragonese Jewry; a man who walked with kings and whose ideas and insights were sought not only by Jews but by the leaders of the Catholic Church. Relentlessly pursued by the Dominican friars, he had been forced to abandon his family and his station; to take up the staff of the wanderer. There was never a doubt as to his destination. For even at the pinnacle of achievement, he expressed his acute awareness that while his was a gilded, comfortable exile, it was exile still. His biblical commentaries pulsated with love and longing not for Iberia but for Jerusalem.

So it was, in 1268, that R. Moshe b. Nachman (known to history as Ramban), ascended the Mount of Olives to finally behold that for which his heart had longed: the Temple Mount.


He thought he knew precisely what he was going to say, as he had years before written a meditation on the ruins of the Beit HaMikdash. However, when he dismounted his donkey and looked out across the Valley of Yehoshafat, he had an unexpected experience. As he later described the moment, he did not see a run-down complex on which stood the Dome of the Rock and the Al Aqsa Mosque. In his mind’s eye, more real at that moment than the testimony of his own eyes, he saw the Holy Temple in all of its grandeur. He saw the solemn pageantry of the Avodah, the Sacrificial Service. Above all, he was deeply affected by a sense that he had, it seems, not anticipated. He experienced the pulsating, numinous sanctity emitting from the Holy of Holies, which he now understood to be conduit of prophecy, which went out from there to the world.

Then, abruptly, Ramban emerged from his sublime and exalted reverie to confront the bitter reality of destruction and dispossession, of humiliation and horror that unfolded before his eyes. Thrown from the heights of inspiration into the abyss of mourning, he tossed aside the meditation he had prepared and poetically expressed, not only his grief at the desolation of the Temple, but from the memory of the innumerable disasters and the countless and endless suffering that had befallen Israel since that most bitter of days, the Ninth of Av, almost twelve centuries before.

As he poured out his heart before G-d, he suddenly stopped as a bitter revelation dawned on him. While still in his home in Gerona, he had come to the abiding belief that G-d would never allow His Land to give its fruit to foreign occupiers, the self-same forces that persecuted His People. This, he wrote, was meant to be a sign of the Jewish People’s exclusive title to the Promised Land. And yet, as he looked around from the heights of the Mount of Olives, he was shocked to see that the land was giving of its fruits to those who occupied it. “How could such a thing be possible?” he asked. Was it for this that Jews kept faith with G-d and the Torah? Was it for this that Jews were martyred, and martyred themselves, for the Sanctification of His Name?

Ramban went on to, daringly, remind G-d that the Torah itself constitutes written testimony and a Divine commitment that the exile will end, Israel will be restored to its patrimony and the Temple will be restored precisely as Ramban had envisioned it on that occasion. He declared then and there that neither he, nor all of Israel, would cease to pray and plead for G-d to redeem His people and restore them to their homeland.

R. Moshe b. Nachman returned to his donkey for the steep ride back to Jerusalem. He was determined to do more than just pray. He travelled to Mount Zion, where resided the only Jews in the Holy City, a cloth dyer and his family. He sent to Shechem for the return of Torah Scrolls that had been spirited away due to recent attacks on the city. He recruited other Jews to move to Jerusalem so that there could be a minyan in the city, and he purchased a building to serve as a synagogue. Thus, Ramban restored the Jewish community of Jerusalem and founded the congregation that bears his name to this day, in the liberated Jewish Quarter of the Old City and in Katamon, in west Jerusalem.

Ramban’s transformative experience on the Mount of Olives, whose description here is based on his own writings, encapsulates all that Tisha B’Av demands of us.

We are bidden to retain a powerful, vivid image of our Holy Temple in all of its glory. For imagination, as noted once by R. Aaron Soloveichik, zt’l, is a Torah mandated means of emotionally and experientially linking us to our past and to an anticipation of our future.

We are bidden, both in Eretz Yisrael and in the Exile, to open ourselves, to feel the waves of holiness that emanate from the place of the Holy of Holies, where Heaven connects with Earth.

We are bidden to cry out, once we awaken from our reverie, at the shattering of the Temple, and the horrific suffering that it engendered.

We are bidden to recall and to remind G-d of the generations of martyrs who sanctified His Holy Name, and defied those who would destroy both Judaism and the promise of our ultimate redemption.

We are bidden, despite it all, to reaffirm on Tisha B’Av our unshakeable conviction that G-d will honor the promises that He made to our ancestors that He will redeem us, gather us together and bring about the building of the Beit HaMikdash.

Finally, we are bidden, even now, to prepare for that day by doing everything in our power to rebuild, repopulate and re-sanctify the Land where G-d causes His Shechina to in-dwell. 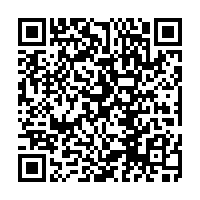