Every so often we are privileged to get a wake up call, a reality check designed to provide perspective, and to help order our priorities and focus.

I got one the other day as I was reading Andrew Roberts stirring new biography, “Churchill: Walking with Destiny.”

It is early 1941. All Western European countries have been overrun by the Nazis. The Russians have signed a non-aggression pact with Hitler and North Africa, and the Balkans are being overrun.

Churchill is everywhere, visiting bombed out areas and incessantly reminding his countrymen of the many challenges met by their island nation over the centuries.

There is imminent fear of a land invasion, the first to hit Britain since 1066.

In this context, Gallup does a poll of the British people with the simple question: “Who is going to prevail in the current conflict?”

Here are the results: 82% respond that Britain will prevail. 10% say that there will be a stalemate. Eight percent have no opinion.

As I read this, I was emotionally overcome. How inspiring, how brave, such conviction, such determination!

My initial reaction was that was then and this is now. Perhaps it takes an existential crisis to bring this spirit out in people. Perhaps they were responding to Churchill’s call to duty and determination.

But as I let the numbers roll over me, I asked myself, what if such a poll was to be taken here concerning who – Israel or Iran – would prevail in our own country?

My first and continuing reaction was that we would see very similar results from our own people. We would find little or no conviction that the end result would be anything but our own triumph and vindication.

I truly believe this. Living in Israel is a self-selective phenomenon. Those who choose to live here, though they might point the finger at any number of shortcomings, though they might rue the passing of the “good old days,” nonetheless believe in the destiny of the State of Israel as the right and necessary home for the Jewish People.

We cannot conceive of ourselves, we will not allow ourselves, to be uprooted once again.

The third time is the charm, the keeper, the real deal.

Amazingly, this is a bottom up, grassroots conviction. We do not need our leaders to rally us to embrace our destiny.

To the contrary, I believe our leaders rely upon us, the citizenry. They are strengthened by our resolve, they are chastened by our insistence that they stand up and defend us, individually, collectively and existentially as a nation.

Our strength comes from Middle Israel, from the millions here who know, while maybe not being able to fully articulate it, that Israel is a just, humane and decent society. Above all, it is our society, and we are blessed to have the opportunity to make a go of it here.

The coming election is primarily about personalities, less about policies. Security remains paramount, because we cannot partake of other opportunities for improving our society without it.

Very few would want to see that security compromised or threatened in the name of some ideological vision or vendetta. And those that feel that way, are roundly rejected by their fellow citizens.

So as we go to the polls, with emotions that might include confusion, revenge, and ambivalence, let us recall that Gallup poll from wartime Britain.

Let us remember that our strength comes from ourselves, our own embrace of our country and its values. We have decisions to make, but let them be guided by the bedrock conviction that we are here in justice and decency and we, by virtue of our own vision and His assistance, will move forward to an ever better and brighter future. 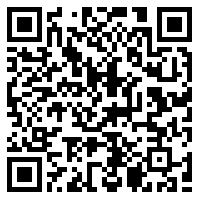