Next week, thousands around the world will gather in person or online to mark the first anniversary of the passing of Rabbi Dr. Lord Jonathan Sacks (1948-2020). His yahrzeit falls on 20 Cheshvan, October 25-26.

The erudite and eloquent Rabbi Sacks was a walking sanctification of G-d’s name, in both the Jewish and non-Jewish worlds – among kings, philosophers, theologians, politicians, congregants, and students alike. No-one else in recent decades made Judaism more relevant on the world stage.


In his lifetime’s last book, Morality: Restoring the Common Good in Divided Times [3] (published March 2020), Sacks traced the escalating poisonous discourse in Western public life (including the rise of identity politics and extremism) to loss of a shared moral code and the elevation of self-interest over the common good. He argued that the secularization of knowledge, power, economy, and culture over the past 250 years was the root cause of these ills.

He also linked today’s terrible upheavals – addiction to debt and drugs, high depression and suicide rates, child abuse and loneliness, even the growing gap between the super-rich and the poor – to the breakdown of family cohesiveness, which for centuries has been associated with religious faith.

“What the secularists forgot,” wrote Sacks, “is that Homo sapiens is a meaning-seeking animal.” Technology, the market, and the liberal democratic state “give us choices, but don’t teach us how to choose. They provide neither identity nor the set of moral sensibilities that are inseparable from identity: loyalty, respect and reverence.”

Sacks distaste for the so-called “progressive” or “woke” identity juggernaut of recent years, and the “cancel culture” bulldozer which it uses to violently crush other perspectives – are on display in another book (published last week), and in one of his last major lectures.

Also notable is a pre-selichot address he delivered at the Hampstead Synagogue in London in September 2019, called “An Unforgiving Age.” (Available on YouTube and at rabbisacks.org.) Sacks calls instantaneous twitter-shaming and the “cancel culture” that characterizes today’s media and politics – wicked behavior.

“(We live in) a world of Facebook and Twitter and viral videos in which anyone can pass judgement on anyone without regard to the facts or truth or reflective moral judgement… This is what happens when an entire culture loses faith in God. All that is left is an unconscious universe of impersonal forces that doesn’t care if we exist or not.”

“…Has anyone heard of the word ‘justice’? Can you condemn someone with no trial, no evidence, no judicial process, no reflective moral judgement, no vedarashta vechakarta veshaalta haytayv (you shall seek and interrogate and inquire thoroughly) as the Torah tells us to do? Can you condemn someone without examining the evidence well and seeing whether emet nachon hadavar (whether the facts are true), as demanded in Deuteronomy 13:15?!”

“(Alas, we have) none of that. Just simple condemnation! Ours is an unforgiving age.”

THE PIERCING VISION of renewed morality for the modern age proposed by Rabbi Sacks begins, not surprisingly, with selicha, forgiveness.

“At the heart of our faith is a G-d who forgives. We believe that G-d gives us a chance to acknowledge our mistakes and where, if we are honest about the wrong we have done, if we stand before G-d with a broken heart, if we are willing to have the guts to say, aval asheimim anachnu, we really did get it wrong, if we are able to say, like King David, chatati, I sinned – then G-d gives us a second chance.”

“So, Jews have a unique calling to make the case for an understanding of human nature that names good and evil yet recognizes the inherent ability of human beings to repent and grow.”

The second building block in Sack’s recipe for repair is the building of “covenantal communities” based on a “we” consciousness (where people share concerns for one another), rather than “I” awareness (individualism that atomizes society). He shows how tribalism can be balanced with universality; how spiritual and social cohesion can be synthesized with respect for liberty of conscience.

A fourth element, especially for Jews, and especially for Jews in the Diaspora, is education. “The best, indeed the only, defense of a religious people is not military or political but educational.” And this does not mean learning only about the travails of Jewish history, like the Holocaust. “Holocaust education in itself offers no meaning, no hope, no way of life.” Rather, “Judaism is culture of study and debate, absorption in texts, commentaries and counter-commentaries, devotion to literacy and life-long learning.”

Sacks: “If there is one leitmotif, one dominant theme linking the various eras of the people of Israel, it is the enthronement of Jewish education as the sovereign Jewish value. The history of the Jews has been a history of communities built around schools. [DMW: Day schools!] That is the secret of our collective immortality.”

And thus, Rabbi Sacks offers a path forward. For Jews: A path grounded in love for, and fealty to, G-d’s authentic teachings and to Jewish law, alongside commitment to universal verities and modern intellectual advances. For gentiles: A path grounded in Biblical morality, while embracing the history of liberty. Atop it all: “Courage to confront the nihilism that currently passes for enlightenment.”

(Expansive readings on these themes can be found in two volumes of collected essays on the weekly Torah reading by Rabbi Sacks, published posthumously: Studies in Spirituality [5] and Judaism’s Life-Changing Ideas [6].)

I SENSE THAT were Rabbi Sacks still alive and active today, he would be leading interfaith efforts to create a renewed global code of social-political morality based on the above principles.

He would be driving towards a resurgence of religious faith, in a world where both liberal democracies and dictatorships have failed to sustain generosity of spirit and uphold essential restraints on passion and power.

I bet that he would be capitalizing on the breakthrough Abraham Accords to generate Moslem-Jewish religious dialogue in the Middle East, like the Christian-Jewish dialogue in the West that slowly has gathered steam since the Second Vatican Council.

Consider this clarion call for multi-faith synergies that Rabbi Sacks delivered to Pope Benedict XVI and his cardinals in 2010:

“In the face of a deeply individualistic culture, we offer community. Against consumerism, we talk about the things that have value but not a price. Against cynicism we dare to admire and respect. In the face of fragmenting families, we believe in consecrating relationships.”

“We believe in marriage as a commitment, parenthood as a responsibility, and the poetry of everyday life when it is etched, in homes and schools, with the charisma of holiness and grace.”

In his footsteps, Rabbi Sacks’ many admirers must recommit to the truths he taught and advance the moral society he sought. 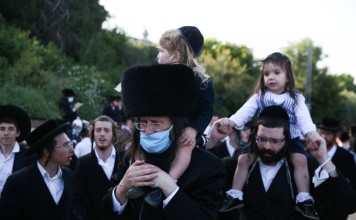