The “Jewish Question” was an intense debate during the 19th and 20th centuries that dealt with the status and treatment of Jews in European societies. It was part of a wider discourse that focused on civic and national rights of minorities in emerging nation states. European extreme nationalists argued that Jews constituted an alien people that had no place in Europe. By contrast, liberals often supported equal civic rights for Jewish citizens. However, the price for civic equality was the abandonment of Jewish national identity and assimilation into European societies. The Jews themselves were divided between Western European Jews, who advocated assimilation, and the more numerous Eastern European Jewish Zionists, who worked for the return of the Jewish people to its ancestral homeland.

Seven decades after the Holocaust and the reestablishment of the Jewish homeland, Israel, the Jewish Question remains unsettled among many gentiles. In the past, Jews were mainly threatened by the political Right. Today, the main threat comes from the political Left and its Islamist allies. Yesterday’s liberals advocated civic equality for fellow Jewish citizens. Today, many “liberals” increasingly deny equal national rights for the Jewish people in Israel. The “progressive” international left does not merely oppose specific Israeli policies, but increasingly the very existence of a Jewish state within any borders.

The Holocaust made it politically incorrect to publicly embrace anti-Semitism in Western democracies. However, Jew-hatred – termed “the longest hatred” by the late Israeli scholar Robert Wistrich – is far from gone in Western societies. Instead of hating Jews as individuals, 20th and 21st century anti-Semites mainly channel their hatred against the collective Jew among the nations, Israel.

In the 19th century, the German agitator Wilhelm Marr coined the term anti-Semitism in order to make Jew-hatred appear more scientific and “legitimate.” As this term has become severely tainted since the Holocaust, 21st century Jew-haters prefer to call themselves anti-Zionists. We live in an era where racism is officially unacceptable. Anti-Zionists therefore claim to oppose Israel’s existence in the name of “human rights” and “anti-racism.”

Many of Israel’s foes insist that it is not possible to criticize the Jewish state without being accused of anti-Semitism. This claim is not only patently false but also absurd given the fact that no other country in the world is subjected to more obsessive condemnations at the UN and other international forums than the Jewish state. Opposition to Israel’s existence has deliberately been conflated with what is vaguely described as “criticism.”

The former Swedish liberal leader Per Ahlmark noted that genuine criticism seeks to improve Israeli society, while anti-Zionism seeks Israel’s destruction. The former focuses on specific Israeli policies, while the latter rejects the very idea that the Jewish people is entitled to a homeland. Israel’s ideological enemies also conveniently ignore the fact that the Jewish state is a thriving democracy with a strong tradition of self-criticism. The difference between legitimate criticism and unacceptable demonization is obvious in the case of all countries of the world except when it comes to describing Israel. Few serious pundits would equate opposition to Britain’s existence with “criticism” of specific British policies. People who opposed British forces in Iraq and Afghanistan did not claim that Britain is “evil” and must be destroyed.

Anti-Semitism has displayed a remarkable ability to adapt regardless of time and place. The common denominator has always been demonization and double standards against Jews as individuals or as a nation.

Like Islamists, many leftists oppose Israel’s existence within any borders. However, their goals differ. The Islamic opposition to a Jewish state is rooted in the supremacist ideology that Jews can only exist as dhimmis, submissive objects under Islamic rule. By contrast, leftists oppose nationalism in general and Jewish nationalism in particular. The international Left rightly sees Israel as the world’s most powerful symbol of Jewish identity. The leftist opposition to Israel’s existence is driven by the goal of dismantling Jewish nationhood and paving the way for the eventual assimilation and disappearance of the Jewish people.

As in the past, Jewish individuals who have a troublesome relationship with their identity have joined the enemies of the Jewish people. Anti-Israel extremists like Noam Chomsky and Ilan Pappé are modern incarnations of Marxists like Rosa Luxemburg who fight their inner demons by advocating the disappearance of the Jewish people and the Jewish nation-state Israel.

The Jewish Question has been settled for the vast majority of world Jewry. Diaspora Jews who embrace assimilation can freely do so in Western societies, while Jews who seek to preserve their Jewish identity increasingly gravitate towards Israel. The reborn, thriving, and powerful Jewish state is today home to the world’s largest Jewish population. For the first time in over 2,000 years, the Jewish people in Israel is in the driver’s seat of its own destiny and has the capability to defend itself against anti-Jewish bigotry. 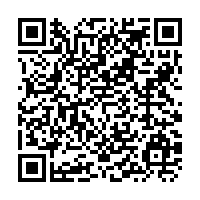