The thinking behind this idea is to somehow coerce men into marrying older women instead of women who are significantly younger. After all, we learn from Lavan that one should not marry off the younger singles before the older ones, and much of the Jewish world has embraced the approach of that great biblical role model.

But the biggest joke is that this is really little more than a pyramid scheme. Let’s imagine for illustrative purposes that there are 50 single men for every 200 single women. If left alone, these men would tend to marry women from the younger end of the available pool. Instead, we bribe the shadchanim to coerce them into marrying the 50 oldest women. In addition to creating marriages that would not otherwise be the first choices of the men, thus increasing the odds of shalom bayis problems and divorce, we still have 150 single women without a suitor.


Unless the supply of younger men soon to enter the shidduch pool is far greater than the supply of incoming women, the 150 unmarried young women are soon going to become 150 unmarried older women, with more to follow. What problem exactly have we solved by manipulating the shadchanim?

I believe the presumed catastrophic disparity between eligible single women and men is largely mythical. But even if it were true, as long as every marriage consists of one man and one woman, and as long as we can’t expect a bumper crop of single men, this entire idea is a puffy cloud of smoke. Not surprisingly, like many other misguided ideas, it carries a plethora of rabbinic endorsements to lend an air of credibility and importance.

If indeed what we need most of all is a bumper crop of single men, perhaps the many thousands of dollars currently being made available to manipulate ineffective shadchanim and encourage more to join them would be better spent on making Jewish education more affordable and qualitatively better. That way, fewer parents would choose public school over yeshiva, fewer young men in yeshiva would be turned off to Judaism in their formative years, and fewer couples would practice birth control due to the exorbitant cost of living a normal Jewish life. However few or many men this would produce, the money would surely be better spent.

What we truly need is not a bumper crop of men, but a healthier set of values and a return to a shidduch model that worked very nicely before shadchanim became all the rage. It should not need to cost thousands of dollars to arrange a single shidduch, not to mention the incalculable suffering caused by the misguided efforts of so many shadchanim.

If more natural meeting opportunities were once again opened up for singles, and if singles were encouraged to take full advantage of them as a first choice, not only after reaching the age of desperation, we would see far more marriages without spending an extra dime.

Those who are afraid their sons and daughters will act promiscuously need not subscribe to this idea; in fact, their children might be better off not dating under any circumstances. But those who have confidence their sons and daughters of marriageable age will act appropriately in a healthy social environment should be doing everything possible to once again make such meeting opportunities the norm.

Step nine is to package the same failed ideas in different wrapping paper and pay for more of what hasn’t been working. Isn’t it time to look in another direction? 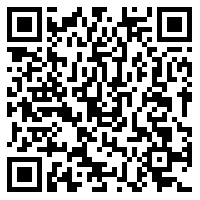