There is perhaps a paradox afoot in conventional American Jewish views on Holocaust memory. For the most part, our society ridicules people who allow a movie or an article in a newspaper to completely change their lives, yet we expect our programs on the Holocaust to solicit exactly these responses in people who are either willfully or involuntarily ignorant of World War II. Thus, we demand that people let go of themselves and their preconceived notions enough to internalize the horrifying reality of the Holocaust, but we also ask them to display restraint so that they do not go mad. You are a monster if it does not affect you, we effectively say, but if you let it get to you too much, there is something wrong with you.

Such is the tragedy of Lukas (Mark Webber), the anti-heroic protagonist of Gil Kofman’s “The Memory Thief.” Lukas, a non-Jew, is a forlorn tollbooth collector, who has the Holocaust literally dumped in his lap when a neo-Nazi throws Mein Kampf at him from the back of a pickup truck. Lukas seems to know only enough about Hitler to manage yelling an obscenity at the young man as the truck drives away, but he starts reading the well-worn book anyway. Though he has observed that he can go an entire day without touching another person’s hand and that the people who drive through the toll do not even look at him, Lukas has a second chance encounter, thanks to his new reading material.

Zvi Birnbaum (Allan Rich), a clean-shaven man with a hat and suspenders, notices the book as he waits for his change with his wife (June Claman) and begins yelling at Lukas in Yiddish. He asks Lukas if he is Jewish, and after Lukas avoids the question, he begs that Lukas sell him the book (“$10 is a bargain for the pleasure of burning such garbage!”).

Though he seems otherwise timid and passive, Lukas assures Birnbaum that he does not believe in book burning, since burning Hitler’s book would lead down the road to burning the Koran and the Bible, and would end only with burning people. “Where are the lines when burnings are involved?” he wonders.

Birnbaum rolls up his sleeve and displays the numbers tattooed on his arm. “Auschwitz, eh” − Birnbaum says, disgusted − “full time!”

The meeting makes enough of an impression on Lukas that when Birnbaum again drives up to his booth − proudly telling Lukas he has chosen him rather than another booth − Lukas remembers the number on his arm. For this, Birnbaum gives him a tape with his testimony on it. That night, Lukas watches the tape in his grungy apartment on his old television set and is mesmerized.

He keeps waiting for Birnbaum to drive up again, but soon sees an obituary for the survivor in the newspaper. He attends Birnbaum’s funeral and there falls in love with the Jewish medical student Mira (Rachel Miner), who tries to throw him out when she learns he is not Jewish. Only when he produces the tape he wants to return does Mira accept that her tragedy can also be his tragedy, and she agrees to meet Lukas again.

The two develop a weird relationship in which Lukas’ attraction for Mira seems to grow as quickly as her concern for his sanity and obsession with all things Holocaust-related. Lukas applies for and obtains a part-time position at the Holocaust Archive. After he is asked in the interview by Mr. Freeman (Peter Jacobson), “Are you Jewish?” Lukas counters, “What do you think?”

“Good,” says Freeman, falling for the bait. “It’s not required for the job. It’s just we find that it works better that way.”

Lukas soon tires of transcribing interviews and badgers Freeman to let him conduct his own interviews. Freeman, far more interested in the services of a transcriber, tells Lukas he can observe an interview by the pro, Tom (Mitch Whitfield), as long as he sits tight and shuts up. Lukas, of course, cannot do this and quits his job as he is being fired for stealing the equipment to conduct an unauthorized recording of the testimony of Mira’s father Mr. Zweig (Jerry Adler).

With no more Holocaust-related job, Lukas fills his apartment with televisions so he can watch many testimonies together; he plasters his walls with Holocaust pictures, starts buying lottery cards based on the numbers he sees on the survivors’ arms, and even shaves his head, tattoos a number on his arm, and starts wearing a yellow star sewn on the inside of his suit jacket. He has placed a mezuzah on the doorway to his tollbooth, and added a sign “Arbeit Macht Frei.”

Lukas’ own troubles further escalate; it becomes clear that the woman he calls mother and visits in the hospital is not his mother at all (he has no memories of his childhood), and he starts stalking a filmmaker, perhaps a stand-in for Steven Spielberg, who has shot a Holocaust film. But the tragedy of Lukas’ story reveals quite a lot more that is at stake.

Why does Lukas strike us as such a scary person? Surely, he was a person who was predisposed to this sort of memory stealing to begin with, evidenced by his regular visits to a woman who is not his mother. But on the other hand, is Lukas not the ideal person who every Jewish organization aspires to recruit as a member? He has a “Jewish” experience and decides to become completely engaged. He invests time, effort, and money into his newfound relationship with Judaism, becomes an ambassador for Holocaust memory, and even starts keeping kosher and praying. Shouldn’t Jewish Community Centers and synagogues starving for membership salivate at this sort of interest?

Mark Webber as the Holocaust-obsessed Lukas.

The “oversized pink elephant” in the room of course, is the fact that Lukas is not Jewish. Gil Kofman’s film reveals how much of a tribalistic thing Holocaust memory has become. We want non-Jews, especially, to learn about the Holocaust, yet we have trouble letting them be the masters of their own immersion plans, so worried are we, that they might depart from our already in-place institutional models.

The tragedy of Lukas is not just of a man going insane and living out the Holocaust memory in his own life; it is also about a man genuinely trying to care about the Holocaust and to sustain the memories and testimonies of the survivors, but he has no avenue by which to do so, except through insanity. In the absence of real world solutions and true partners, Lukas solves the problem in his head and through imaginary people.

Surely “The Memory Thief” is a work of fiction − or perhaps a so-called creative non-fiction, as the story has real testimonies embedded throughout; but often it takes a work of fiction to point us toward larger truths. Kofman’s movie is just that sort. 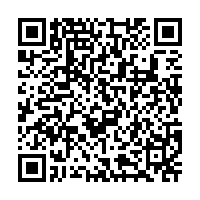