With the coming of the New Year I can’t help but think of the past year’s highlights. While many memorable events occurred in Harrisburg, Pennsylvania’s Jewish community in 5773, one in particular stands out for me: our response to Hurricane (later named Superstorm) Sandy.

In late October 2012, Hurricane Sandy pounded America’s East Coast. Numerous communities in New York and New Jersey were devastated by flooding. Although Harrisburg experienced strong winds and heavy rains we were, thankfully, spared the fury of our temperamental Susquehanna River.

Our feelings of relief, however, were cut short when we learned just how badly other communities had fared. We soon heard of Jewish communities whose very infrastructure – schools, synagogues and homes – had been destroyed by the storm. To make matters worse, many of the areas most affected by Sandy were left without power for weeks after the storm.

Very quickly, Jewish relief organizations sprang into action to assist those who had lost everything. News stories abounded about ad-hoc aid centers, soup kitchens, and food and clothing distribution points that had been set up in Jewish day schools and synagogues.

It did not take long before Harrisburg’s diverse Jewish community found itself directly involved in the relief effort.

In a short span of time our shul, Kesher Israel Congregation, raised and distributed thousands of dollars to help fund those relief organizations actively assisting families most affected by Sandy.

The teens of the local Jewish Federation’s Bnei Tzedek group collected an incredible amount of canned goods, batteries and flashlights for Jewish families left without power in the Far Rockaway section of New York.

The Federation here also organized a clothing drive to help families of all backgrounds left without belongings in Sandy’s wake.

Perhaps most impressive, however, was our community’s rapidly assembled relief mission to Staten Island, New York.

In a wonderful statement of unity, a group of volunteers spanning Jewish Harrisburg (and beyond) spent Wednesday, November 14 in Staten Island helping hurricane victims in a hands-on fashion. Starting at 4:30 a.m. our group met at our JCC to load our bus with an abundance of supplies and clothing our community had donated for the hurricane victims.

Our group of relief volunteers represented the diverse nature of Harrisburg’s Jewish community. From an excited bunch of 7th graders in our local Jewish day school to a hard-working volunteer in his eighties, our group also spanned all ages. Once in Staten Island, we worked through the Young Israel, which had become one of the command centers assisting area residents hit by the storm.

In the days following Sandy, families of all religions, backgrounds and circumstances who had been devastated by the storm reached out to the synagogue for assistance. Upon our arrival we handed off our collected goods and the synagogue’s relief coordinator found appropriate jobs for each member of our group. In one way we all put in a hard day’s work assisting families, both Jewish and non-Jewish, whose homes had sustained damage ranging from flooded basements all the way to total loss. As a result of our efforts, Harrisburg’s Jewish community gained national attention.

What prompted our relatively small Jewish community out in Central Pennsylvania to be so generous with funds, resources and time? While a number of factors certainly played a role, I believe there is one that cannot be ignored.

The Jews of Harrisburg can honestly identify and sympathize with flood-stricken families, synagogues, and schools. As Harrisburg is nestled along the banks of the Susquehanna River, we know all too well what it means to suffer the effects of a hurricane. Having been through something of this nature on several occasions (my congregants report that the worst was Hurricane Agnes of 1972), our collective reaction was that of understanding, empathy and a sincere wish to be part of the relief effort.

In the months since Hurricane Sandy I have received many thank-you notes from people who were assisted by our community. I would venture to say, however, that those of us who did our best to help others in their time of need were ourselves, on a different level to be sure, very real beneficiaries of that relief effort. 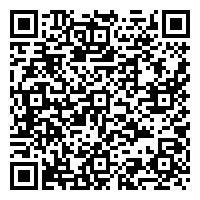