Our calendar is filled with days of joy and elation but also days of sadness and mourning. And no other period of time is more poignant than the one we are now experiencing.

When this period is finally over, I breathe a sigh of relief as everything returns to normal. But it is important to consider the meaning and significance of this period for our time.

In the Mishnah the rabbis give five reasons for the fast of the Ninth of Av:

Many years ago I was privileged to spend Tisha B’Av in Boston and daven in the Maimonides School where Rav Soloveitchik, z”l, led the reciting of the kinot. One of the things he said was that we are not just remembering what transpired on this day but that, mystically, the burning and destruction of the Temple reoccurs every year. We, the Rav emphasized, are asked to envision the flames in front of our own eyes in every generation.

In the midst of the Holocaust, an incredible event occurred in the ghetto of Kovno. Rabbi Ephraim Oshry described it. He, together with many others, had gathered to recite Eicha (the megillah written by the prophet Jeremiah that describes the destruction of the Temple and Jerusalem) when suddenly a German officer burst into the room and demanded that they report immediately for the night shift. The labor office, he claimed, had not provided enough workers.

When the officer realized the men were mourning the destruction of the Temple he cursed them, saying: What are you crying about? What are you hoping for? You will never be saved from our hands.

Indeed, most of those present did not survive. And yet, despite the unbelievable conditions in which they were living, these weak and feeble Jews did not fail to remember Jerusalem. They openly declared: “If I forget Jerusalem, let my right hand forget its cunning.”

Another expression of the anguish of the Ninth of Av can be found in Psalm 42: “I remember these things, and I pour out my soul. How I used to walk slowly up to the house of God, and I heard loud rejoicing and thanksgiving, a multitude gathering for a holiday.”

Rav S.R. Hirsch explains in his commentary on this chapter that what is being described are the memories of a nation that used to come up to the Holy Temple three times a year to celebrate the three pilgrimage festivals. No distinctions were made between king and beggar, scholar and unlearned. All were united in one goal: to serve God.

Following the destruction of the Temple it seemed all was lost and that Hashem had abandoned His people. But Rabbi Akiva gazed at the site of the former Temple and laughed for he envisioned a future time when the Jewish people would return to this site. The prophet Zechariah foretold a time when old men and women would walk with their canes in Jerusalem and young boys and girls would play in its streets.

I often have felt these two contrasting emotions, but never so poignantly as when I stood on Mount Scopus (just as Rabbi Akiva and his colleagues did two thousand years ago) on the night of the Ninth of Av. There, together with a group of teenagers we recited the words:

How does the city [Jerusalem] sit solitary

That once was filled with people?

Looking down from Mount Scopus, the site of Hebrew University, we could see the Old City of Jerusalem with its mosques, but we could also see the new city with its hotels, synagogues, and market places. And even the Old City has its Jewish quarter, thousands of residents, shops, and stores. How could I, how could we, be in mourning when there is so much growth and building?

Yet there is still much room for sadness and mourning. Many thousands sacrificed their lives in creating the state of Israel. Thousands more have died defending the state and in terrorist attacks. And of course an untold number of communities in Europe, whose Jews only dreamed of Zion, perished by the sword, by fire, and in the gas chambers. We cannot, we dare not, forget them – every one of them.

That is an integral part of the Ninth of Av as well.

After the Nine Days are over we have a special Shabbat called Shabbat Nachamu and we read the words of consolation from Isaiah:

Comfort my people, comfort them, says your God.

You that bring good tidings to Zion, go up into the high mountains.

Lift up your voice with strength. 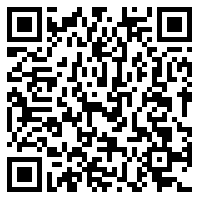