“Your mother changed my life.”

“Your mother saved my life.”


“I’m religious today because of your mom.”

“Your mother published my first article in The Jewish Press when I was a child, not even 12 years old.”

“You’ll never know what your mother meant to so many people.”

Wherever I go, those are the comments I hear when I’m introduced to people, and while I never will know just how many lives she influenced, I am not surprised she did so much for so many.

My mother, Irene Schreiber Klass, was an extraordinary person. She was blessed with a brilliant mind and a generous, loving heart. Profoundly religious in the word’s true meaning, she raised my sister and me to believe in Hashem and to praise Him no matter what came our way. She wasn’t necessarily familiar with the phrase kshem shemevorchim – just as one blesses [Hashem] for the good, we bless for the bad – she simply had an innate understanding that we can never express enough appreciation to the Almighty.

After saying her daily prayers, she would have her own private conversation with her Creator. And whose prayers can equal those of a mother for her children? After her death, I realized I had lost my biggest advocate here on earth.

Mom’s modesty was especially noteworthy for it was not only obvious in her dress but especially so in her speech. A foul word never left her lips. Risque and off-color jokes were not for her. As a teenager I was embarrassed when she would walk out of a show the minute a comedian made a suggestive remark. And it wasn’t just that she walked out – she expected me to follow her.

“But Ma,” I would protest, “he didn’t actually use foul words.”

“It starts like that, “ she would say, “and the audience laughs and then it becomes downright vulgar. Would the Almighty be proud of us if we just sat there?”

When she put it that way, I couldn’t argue.

When I was a young girl and wanted to wear summer outfits that my mother felt were not appropriate, she told me our bodies were holy and we had to dress accordingly. Once when I protested she asked me to think of something else that was holy. I said, “the Torah.” Pleased with my answer, she pointed out that the Sefer Torah is covered with a beautiful “garment.”

I liked that analogy and reflected on the many beautiful mantles that covered the Torahs in our shul.

My mother made so much sense in everything she said that it was hard to argue with her, but I am sorry to say that as a teenager I tried so hard to convince her to let me do the things everyone else was doing. But if she felt something was not right, all the arguing in the world didn’t move her. And I have to say that although I didn’t admit it to her, I was secretly very proud of her. And in my heart I knew I wouldn’t trade Mom for all the other mothers who were allowing my friends to do whatever it was that I wanted to do. Of course, once I became a mother myself, I appreciated her even more and tried to take my examples from her.

Mother never did anything halfway. Both my sister and I remember one of her oft-repeated quotes: “If a job is worth doing, it’s worth doing well.” And if we were doing a half-hearted job with something, all it took was one look at her face to make us try harder. 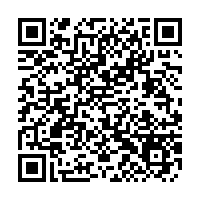