A mom-and-pop winery in a small Jewish settlement is “crowding out a peace deal in the Mideast,” according to the Washington Post. Who would have thought that cabernet sauvignon could have such an impact on international diplomacy?

This latest blame-the-Israelis volley was fired by Post columnist David Ignatius, who recently visited a town in the Judea-Samaria territories whose name he spelled “Rehelim.” The town’s winery, operated by the Ben-Saadon family, offers a poignant commentary on the verse from Jeremiah: “Yet again shall you plant vineyards on the mountains of Samaria.”


But Washington Post columnists are not very much interested in the significance of Jews having a 3,000-year-old connection to the disputed territories. Nor, apparently, is Ignatius particularly interested in more recent Israeli Jewish history, either – because he seems to be completely ignorant of the remarkable history of the town he visited, which should be spelled “Rachelim.”

Here’s why. On October 27, 1991, Palestinian terrorists opened fire on an Israeli bus on a highway in Samaria. The passengers weren’t occupying, settling, or oppressing anybody. Their crime was that they were DWJ – driving while Jewish. The driver, Yitzhak Rofeh, was killed. So was Mrs. Rachel Drouk, mother of seven.

The other women on the bus then did something amazing. Right then and there, right at the spot where Rachel Drouk was so cruelly murdered, they sat down. And they refused to move. Friends brought tents. Twenty-five women, and their children, moved into the tents. And there they stayed, day after day, night after night. Despite the cold, despite the danger.

“It could have been me,” one of the women, Naomi Sapir, told an interviewer as she described the shooting. “Each woman there felt that it could easily have happened to her. Orphaned children were sitting now in some house, and that was what was so acutely distressing…. We understood the price we might have to pay, we grasped the enormity of the risk, the responsibility we have towards our children who travel the roads every day…. We made the decision – we were staying. It was a form of protest, a kind of cry to the world…. In a place of death, lights will begin to twinkle at night. There will be life.”

The ladies decided to call this makeshift Jewish encampment “Rachelim.” The name was meant to memorialize three Rachels. The first was Rachel Drouk, the shooting victim. The second was Mrs. Rachel Weiss, who was burned to death, along with her three children, when Palestinian Arabs firebombed an Israeli bus near Jericho three years earlier, in 1988.

And the third: Rachel Imeinu, the biblical matriarch Rachel. One of the first “settlers,” she is buried next to Bethlehem. The prophet Jeremiah, lamenting the exile of the Jews from their land, spoke of “Rachel weeping for her children and refusing to be comforted, because they are no more.” Then, in the very next verse, the prophet foretold the Jewish national revival: “Restrain your voice from weeping…they will return from the land of the enemy…your children will return to their borders.”

The seven days of shiva were concluded, then the thirty days of shloshim came to an end, and still the women refused to budge. Their husbands brought food and portable heaters, and stood guard at night. Teenage girls from around the country flocked to Rachelim to help out. Rabbis came to give shiurim.

When the Israeli army finally stationed soldiers in the area, the women of Rachelim responded as good Jewish mothers always do. Here’s how an Israeli journalist described it:

“Anyone passing by would probably have been surprised to see a group of tired, eccentric women dressed in long, full skirts and head scarves, sitting around a rabbi and listening to a lesson. The soldiers who came to guard there had never seen such a sight. These poor men had to stand there in the biting cold. But the women went up to them and offered them homemade cakes sent by their families. They invited them to warm themselves by the small heater.”

The journalist noted that many of the soldiers, including those who described themselves as kibbutzniks and members of the political left, wrote admiring messages in the Rachelim guest book.

Faced with this extraordinary human drama and an overwhelming groundswell of public sympathy, the Israeli government finally gave in and authorized the establishment of the town of “Rachelim.” And in the nick of time, too – because just a few months later, Yitzhak Rabin became prime minister and imposed a freeze on the establishment of new Jewish settlements that has lasted to this day.

You wouldn’t know it from Ignatius’s Washington Post column, but the creation of Rachelim did not harm a single Palestinian. Nobody was “crowded out.” Nobody was displaced. The land was empty and barren – until a handful of courageous Jewish women decided to fill it with life.

There is, I am sorry to say, a tragic footnote to this story. In 2013, the Obama administration pressured the Israeli government to release 104 imprisoned Arab terrorists to convince the Palestinian Authority to resume negotiations. Among those released were Juma Adam and Mamoud Abu Khraesh, the savages who threw the firebombs that murdered Rachel Weiss and her children. The PA withdrew from the negotiations a few months later. But the terrorists remain free. 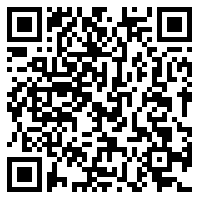