“George Bush is not my neighbor!”

Well, not all Democrats.

Perpetually angry, Vermont Governor Howard Dean not only disagreed with George W. Bush but detested him. In fact, it was that palpable sentiment that on Jan. 11, 2004 prompted 66-year-old Iowan, Dale Ungerer, to rise at a Democratic debate and question Dean.

Appealing to the spirit of the season, Ungerer asked Dean why he acted “crass” and did not treat the president in a neighborly way. He urged Dean to “please tone down” the heated rhetoric, invoking Scripture: “You should help your neighbor and not tear him down.”

Dean was displeased. The physician-turned-governor leveled his finger at the senior citizen and ordered, “You sit down!” To raucous applause from a hall of screaming liberals, he shouted: “George Bush is not my neighbor! … It is time not to put up [with] any of this ‘love thy neighbor’ stuff!”

Ultimately, Dr. Dean’s presidential bid failed, torpedoed by too many outbursts, most notably an infamous episode where he looked into the camera, clenched his fist, and yelped a primal scream, sounding like a disturbed man.

But Dean wasn’t finished. Amazingly, Democrats had the audacity to tap him to run the Democratic National Committee, where Dean’s revulsion of George W. Bush and “white, Christian” Republicans – which was Howard Dean’s divisive description – could be channeled into a campaign to take the presidency and Congress by 2008.

Unthinkable as it seemed, it worked.

And now, his work finished, and Bush’s destruction sown, Dean leaves his post with a Democrat having just been inaugurated president.

Let me be clear: I am not blaming Dean and the Democrats for President Bush’s failures, which resulted in a stunning liberal takeover of the executive and legislative branches, with the judiciary to follow. A number of factors did Bush in: the body bags in Iraq in 2005-6, the drunken-sailor-like spending, a crashing economy, a maddening inability to respond to critics – including the most outrageous claims. The end result is a president with record disapproval.

That said, it is extremely difficult for any president – especially one who cannot communicate – to survive such a torrent of rage. It was reminiscent of the Left’s insatiable abhorrence of Richard Nixon – an abhorrence that now seems to have been transferred to Sarah Palin. And the poisoning of the well, in Bush’s case, began with Howard Dean.

Recall that this president was extremely popular after 9/11 and the war in Afghanistan, which began the longest sustained rally-round-the-flag approval of any president. Bush’s remarkable popularity held into 2003. Then came Howard Dean, who turned a corner for the hard left.

Dean hoisted the lightning rod for enraged war opponents long before the war soured. He said unthinkable things. A vivid example – a marker – came in Dec. 2003, with Saddam’s capture, which thrilled everyone but Howard Dean. “The capture of Saddam has not made America safer,” Dean growled.

Naturally, the public disagreed: A Gallup poll before Saddam’s capture showed Bush leading Dean 50 to 46 percent in a surprisingly tight presidential race, whereas the same poll after Saddam was placed in handcuffs had Bush ahead 60 to 37 percent.

Also disagreeing with Dean was Senator Joseph Lieberman, another Democratic presidential aspirant. “Praise the Lord!” cheered Lieberman. “This is a day of glory … and it’s a day of triumph and joy for anybody who cares about freedom and human rights and peace.”

Lieberman told the late Tim Russert: “If Howard Dean had his way, Saddam Hussein would still be in power.”

It was a bad weekend for Dr. Dean: Newsweek reacted to Saddam’s capture by, logically, making it the cover story, bumping the previously scheduled cover – on Howard Dean.

Nevertheless, there was an odd anger that Dean continued to stoke and harness. And as Dean began erupting in January 2004, the harshest salvos at Bush were launched. That month, MoveOn.org ran ads of Hitler morphing into Bush. “What were war crimes in 1945 is foreign policy in 2003,” explained the tag line. 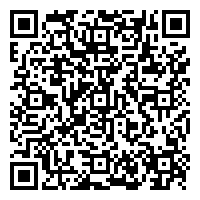