Gihon’s members are Nigerians who have embraced Judaism, but have not gone through a formal conversion process. Many believe themselves to be descendants of a lost tribe of ancient Israelites. Gihon has had an active congregation in Abuja since the early 1990s, and built its current synagogue structure in 2005. Elder Agbai assumed the leadership of Gihon Synagogue after retiring as Assistant Director of Geology for Nigeria’s Federal Capital Development Authority in 2006.

I was welcomed at Gihon Synagogue when I journeyed to Abuja this past February. In going there I had followed in the footsteps of Northeastern University professor William (Bill) Miles, a member of Temple Emanu-El and the author of the recently-published Jews of Nigeria: An Afro-Judaic Odyssey, who spent time at Gihon in 2009 and 2011. His book includes ten pages of interviews with Elders Agbai and Ogbukaa.

Congregation Beth Sholom’s Rabbi Barry Dolinger, and Temple Emanu-El’s Rabbi Wayne Franklin and Rabbi Elan Babchuck have been eager to reciprocate the hospitality shown in Abuja to their members. The three rabbis hope the September visit from Nigeria will strengthen the ties between the Abuja and Providence congregations, while affording Elder Agbai and Ogbukaa the opportunity to learn more about Rhode Island’s Jewish community and its institutions.

At the same time, the rabbis also believe that Rhode Island Jewry can learn from those now practicing Judaism in Abuja. “These people are serious,” said Rabbi Franklin. “We should be as dedicated and enthusiastic to learn as they are.”

One of the main difficulties confronting the members of Gihon and Tikvat Israel (another Nigerian synagogue in Abuja) is their distance from world Jewry. “We are adherents of the Jewish faith in Nigeria. We are neither Christian nor Muslim,” said Ogbukaa concerning the purpose of traveling to Rhode Island. “The greatest of all the challenges we are facing is that of isolation.”

Ogbukaa hopes the holiday visit will help break the community’s isolation and raise more awareness that there are people practicing Judaism in Nigeria. “Bridges of Jewish education and worship have to be built, connecting us with other communities in the United States and Israel,” he said.

Although Gihon’s members try to follow the practices of Orthodox Judaism, as it is understood in Nigeria, Elder Agbai and Ogbukaa are pleased to soon have the chance to meet Temple Emanu-El’s rabbis and congregants as well. “We believe that the acceptance of the Torah binds all Jews together as one, irrespective of being Orthodox, Conservative, etc. The type of congregation is a matter of choice. Each has something positive to contribute to the growth of world Jewry,” said Ogbukaa.

In addition to spending time at Congregation Beth Sholom and Temple Emanu-El and studying with its rabbis, Elder Agbai and Ogbukaa will be attending services at Providence’s Sha’arei Tefilla (an Orthodox synagogue on the East Side); meeting with students at the Jewish Community Day School of Rhode Island (JCDSRI); and going to see Rabbi Marc Mandel, the spiritual leader of Touro Synagogue.

The Newport synagogue is of special interest to the two men, as it is not only the oldest in the United States, but was also built according to Sephardi custom, and Gihon’s members try to follow Edot Hamizrach traditions.

Ed Koch: Fiercely Jewish But Buried in a Churchyard 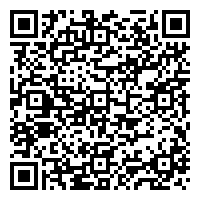