A key strategy of Israel’s push-me-pull-you prime ministers, Naftali Bennett and Yair Lapid, has been to refrain from publicly criticizing America’s policies in the Middle East.

By restricting to private discussions with U.S. President Joe Biden and his team, Israel’s profound concerns over the proposed nuclear deal with Iran, Bennett and Lapid believed that a grateful American administration would reciprocate by advancing Israel’s interests.


This has been an excruciating error. Its lethal naivety has now been graphically exposed by the continuing fallout of the Abu Akleh affair, which has been worsening by the day.

Shireen Abu Akleh, an American-Palestinian reporter with Al Jazeera, was shot dead on May 11 in a firefight in Jenin between the Israel Defense Forces and Palestinian Islamic Jihad (PIJ) terrorists.

Israel originally said she had most likely been shot by indiscriminate Palestinian fire. It subsequently said that, while the absence of the bullet that killed the journalist made a conclusion impossible, she may have been shot accidentally by an IDF sniper.

When the Palestinian Authority finally produced a bullet that it claimed had killed Abu Akleh, the U.S. State Department said this projectile was too damaged to permit any conclusion. Nevertheless, it added, it was most likely that an IDF bullet had killed her.

In Israel, there was outrage at this claim, which was backed up by nothing stronger than speculation. Yet on Monday, the Israelis themselves did something similar.

Statements issued by the IDF and the Military Attorney General said that while it was “not possible to unequivocally determine the source of the gunfire” that had killed Abu Akleh, there was a “high possibility” or a “high probability” that she was “accidentally hit by IDF gunfire that was fired towards suspects identified as armed Palestinian gunmen, during an exchange of fire in which life-risking, widespread and indiscriminate shots were fired towards IDF soldiers.” The IDF added: “Another possibility which remains relevant is that Ms. Abu Akleh was hit by bullets fired by armed Palestinian gunmen.”

If anyone had thought that by such statements Israel would thus draw a line under the affair, they were to be immediately disabused of this error.

The very next day, the Biden administration publicly demanded that Israel change its rules of engagement, which it had been demanding behind the scenes ever since the incident happened.

U.S. State Department spokesman Ned Price said the United States “has made it a priority to mitigate and respond to civilian harm caused by military operations.”

What extraordinary arrogance. It’s for a sovereign nation alone to decide on its own rules of engagement. Israel, whose record in minimizing civilian casualties in military operations is far better than that of the United States or any other country, needs no lessons in avoiding such tragedies.

The rules in question require soldiers to shout at a suspect to halt activities, fire into the air and only use lethal force in case of a direct threat. Which bit of that does the Biden administration think is unsatisfactory?

The American intervention was so outrageous that the Israeli government rapidly unbuttoned its lip. “I expect our friends in the world not to preach morality to us but to back us up in our war on terror,” said a furious Bennett. “No one will dictate our rules of engagement to us when we are the ones fighting for our lives,” said Lapid.

Relations between Jerusalem and Washington are now revealed to have publicly and disastrously deteriorated.

Israel brought this on itself by announcing its conclusion in a form of words that obviously would give ammunition to those predisposed to think ill of Israel’s every deed.

Even stranger, though, is that inconclusive conclusion itself.

In July, Arutz Sheva reported the renowned ballistic expert and physicist Nahum Shahaf casting doubt on the suggestion that the IDF had killed Abu Akleh. The bullet produced by the P.A., said Shahaf, had undergone “a severe transformation at the hands of a hammer that created a deep depression in its back.”

The type of rifle used by the IDF, which the P.A. said had fired the fatal bullet, was “considered non-lethal at a distance of over 100 meters.” A bullet from such a rifle couldn’t have caused the terrible wounds to the reporter’s head and spine.

Moreover, said Shahaf, the technicians used by the IDF to investigate such evidence weren’t as equipped as he was to deal with this kind of complex ballistic issue.

It was Shahaf who had first exposed as fake the TV footage of 12-year-old Muhammad al-Durah apparently being shot dead by IDF soldiers at the start of the Second Intifada. With typical PR bungling, Israel had publicly accepted responsibility for killing him. It subsequently emerged from untransmitted video footage that, after the child had been hysterically pronounced dead, he was in fact very much alive.

Other military sources, however, dispute Shahaf’s opinion about the Abu Akleh killing and say he’s not in a position to know.

But the IDF’s own evidence is thin. An Israeli military official said that reports in real-time by a soldier involved in the Jenin firefight “point to a misidentification.”

Yet any retrospective assessment of such a situation can only be a matter of speculation. So why did Israel use this as the basis for strengthening its conclusion to a “high probability,” thus taking a responsibility of which it could not be certain? Were the Israeli top brass buckling to U.S. pressure?

Whatever the truth of all this, there is no doubt that Abu Akleh was an inadvertent victim. There’s also no doubt that the Biden administration’s attitude to this incident has been disproportionate and malevolent.

It’s all of a piece with its broader attempts to force Israel to weaken its defenses against Palestinian aggression and its perplexing determination to empower Israel’s enemies against it.

In recent weeks, Israel was forced to loosen its restrictions on foreign entry to the disputed territories of Judea and Samaria following criticism from America and the European Union.

For America’s ambassador to Israel, Thomas Nides, this wasn’t enough. He declared that he had “aggressively engaged” with Israel over these draft rules since February and would continue to press for them to be further loosened up in coordination with “key stakeholders,” including the P.A.

Yet Nides is not “aggressively engaged” with the P.A. over the rapidly rising radicalization and terrorist violence in the areas under its control. Instead, he is pressuring Israel to relax the restrictions it imposes purely to keep its citizens safe.

America is not “aggressively engaged” with Iran over its terrorist proxies that are now taking over those Palestinian areas. On the contrary, it is bending every sinew to empower Iran through a deal that would funnel billions of dollars into Tehran to boost those terrorist activities.

Many have bought the Bennett/Lapid claim that former Israeli Prime Minister Benjamin Netanyahu’s bullhorn diplomacy, loudly protesting at the policies of former President Barack Obama, harmed Israel by turning Obama against it.

That was always absurd. Netanyahu was reacting to the fact that Obama was already throwing Israel under the Iranian bus.

Stuffed with Obama retreads, the Biden administration has continued with that policy. Most Americans are unaware of the depths of this perfidy—because Israel has chosen not to tell them. If the American public doesn’t know, it won’t create any political pressure to stop the administration from undermining its key ally in the Middle East.

Silence has been a disaster. Israel must now protest loudly about America’s Abu Akleh travesty and its appeasement of Iran.

It is essential to inform the American public about what its own government is doing to weaken the defenses of both Israel and the west against the enemies of civilization—an evil being perpetrated in America’s name. 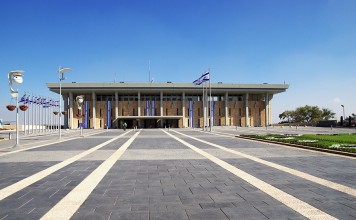 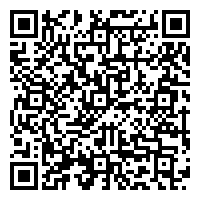