The latest Palestinian Arab terrorist bombings prove that while the Palestinian Authority has a new prime minister and a new cabinet, it still has the same old policy of financing and training terrorists to murder Jews.When Mahmoud Abbas (Abu Mazen) became the PA’s prime minister a few weeks ago, the Bush administration hailed him as a “moderate” and unveiled a “Road Map” offering the PA a sovereign state after it arrests and disarms terrorists, shuts down their training camps, halts all anti-Jewish incitement in the PA, and embraces democracy.A few weeks may not be enough time to completely defeat the terrorists, but it certainly is enough time to have made a start of it. Abu Mazen could have ordered the PA’s media to stop inciting hatred and glorifying terrorists. He didn’t. He could have ordered the police to start arresting terrorists and confiscating their weapons. He didn’t. He could have taken simple steps such as outlawing terrorist groups, changing the names of streets and schools that were named after terrorists, or halting the PA’s policy of sending paychecks to terrorists imprisoned in Israel. But he didn’t do that, either.In his first speech as prime minister, Abu Mazen praised the two-and-a-half-yearPalestinian Arab war against Israel, hailed the “martyrs” (the term the PA uses for, among others, suicide bombers), and demanded that Israel release all imprisoned terrorists. He is also the author of a book claiming that there was no Holocaust, that the Jews collaborated with the Nazis to murder several hundred thousand Jews so as to create sympathy for establishing a Jewish state.Under these circumstances, for President Bush to forge ahead with his “Road Map” to the creation of Palestinian Arab state would mean creating a new terrorist state that will endanger Israel — even though the president has pledged to eliminate terrorist states, not create new ones.A recent McLaughlin poll found that by 71% to 13%, Americans oppose creating a Palestinian Arab state because they believe it will seek Israel’s destruction.Granting statehood does not guarantee peace. Syria, Iran, and Iraq are sovereign states. That hasn’t made them peaceful. On the contrary: it has strengthened those regimes’ ability to promote hatred and wage war.The Road Map is deeply flawed in other ways, as well. It states that “The Quartet will meet regularly at senior levels to evaluate the parties’ performance.” Thus the job of determining if the Palestinian Arabs are complying will be in the hands of four parties that have been consistently hostile to Israel and sympathetic to the Palestinian Arabs — the European Union, the United Nations, Russia, and the State Department. Would the U.S. ever consider allowing the EU, the UN, or Russia have a say in decisions affecting American national security?The Road Map also imposes an un-American policy of ethnic discrimination. It halts Jewish construction in the disputed Judea-Samaria territories, while not limiting the much more widespread Arab construction in those areas — even though Jews reside in less than 2% of the land in those areas.The Road Map requires that by May 31, Israel must stop dismantling terrorists’ homes and deporting terrorists, withdraw its troops to the September 2000 lines and reduce security checkpoints — all of which will undermine Israel’s ability to combat terrorists.President Bush responded to the latest wave of bombing against Israel by pledging to continue with the Road Map. What a powerful message it would send to terrorists and their supporters if, instead, he had announced that the U.S. is suspending all relations with the PA terrorist regime, and withdrawing support for creation of a Palestinian Arab state, until the PA arrests terrorists, confiscates their weapons, outlaws terror groups, and ends anti-Jewish incitement.What a powerful message it would send if he would respond to terrorism against Israel by announcing that the U.S. will fully support whatever measures Israel must take to defend itself. Instead, the terrorists know that if Israel hits back forcefully, the State Department will criticize Israel for “overreacting” and will continue pushing to give the PA a state.The Road Map plan clearly endangers Israel. It would force Israel back to the indefensible 1967 borders, leaving it just nine miles wide at its mid-section — that’s about the width of Washington, D.C. A Palestinian Arab state would then be created next door — a mini-Iraq, based on a culture of hatred and violence, that would be within easy striking distance of Israel’s major cities and airports.Not only would this endanger Israel, it would also undermine America’s war against terrorism by sending a message to terrorists everywhere that violence will reap political concessions. That’s not the kind of message America should be sending at this crucial moment in the international war against terrorism. 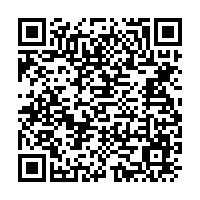