Rudy Giuliani’s article in the September/October issue of Foreign Affairs (“Toward a Realistic Peace“) marks an important statement about the never-ending Israeli-Palestinian “peace process.”

Giuliani wrote that too much emphasis has been placed on brokering negotiations between Israelis and Palestinians; that the problem is not the absence of Palestinian statehood but corrupt and unaccountable Palestinian governance; and that Palestinian statehood must be earned, not simply given, through “sustained good governance, a clear commitment to fighting terrorism, and a willingness to live in peace with Israel.”

The statement was a reiteration of the fundamental insight that underlay George W. Bush’s landmark June 24, 2002 White House speech: that the principal obstacle to peace has not been the absence of a plan – there have been the Allon Plan, the Rogers Plan, the Clinton Plan, the Tenet Plan, the Zinni Plan (to name just the few that come immediately to mind).

Moreover, in connection with its 2005 disengagement, Israel even exceeded its Phase I Road Map obligation (which required only that it dismantle illegal settlement “outposts” erected since March 2001) by totally dismantling all 21 long-standing settlements in Gaza and four other settlements in the West Bank, in an attempt to give the Palestinians the opportunity to demonstrate their willingness to “live side-by-side, in peace and security.”

On the other hand, the Palestinians – obligated in Phase I to commence sustained, visible and effective efforts to dismantle their terrorist organizations and infrastructure – have yet to dismantle a single terrorist group, or even to curb the rockets into Sderot from Judenrein Gaza, more than four years after they formally accepted the Roadmap.

In light of all this, the Bush administration’s attempt to rush the “peace process” into Phase III negotiations at a November peace conference, with a Palestinian party that was unable even to hold onto its own offices in Gaza and whose control of even the West Bank depends on the IDF, is – not to put too fine a point on it – a bit premature. Giuliani’s important statement restores the balance that has been absent in the Bush administration’s decision to skip over Phase I and Phase II of its own Road Map.

Last week, Giuliani was in Los Angeles, and in the course of a Q&A session with a group of supporters was asked to expand on the points he had made about a Palestinian state in his Foreign Affairs article. Here is an excerpt from his response (the complete answer can be found in a video in the August 27 post at Jewish Current Issues – http://jpundit.typepad.com):

I think there has been a kind of movement within our State Department that was best reflected during the Clinton administration – but you can see a little of this in Bush I, and it is still there in Bush II – and it is to create a Palestinian state for the purpose of creating a Palestinian state, to say that we have achieved peace.

So if we are going to create a Palestinian state that assists us, and doesn’t become a terrorist state, here’s what they have to do: they have to first renounce terrorism. . . . Secondly, they have to recognize the right of Israel to exist as a Jewish state. If they do that, we can then begin a process of trying to create a Palestinian state. But we shouldn’t do it until we are sure that those two things are real, and we’re not getting fooled, because we’ve gotten fooled in the past. 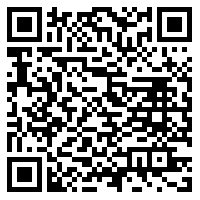