Despite wide international criticism, the US recently reinstated all previous Iran sanctions. The purpose is clear: pressuring the Iranian regime to moderate its aggressive behavior. European, Russian, Chinese and other defenders of the controversial Iran deal have argued that the deal makes the world safer. Always keen to present themselves as human rights champions, the Europeans have also argued that new sanctions will harm the Iranian population.

The official purpose of the international deal with Iran in 2015, led by former President Barack Obama, was to prevent Tehran from acquiring nuclear weapons. It was also supposed to moderate the Iranian regime’s behavior and gradually bring Iran back to the family of nations.

In reality, the opposite happened. The Islamist regime in Tehran used the billions of dollars it received from the international community to escalate its aggression throughout the Middle East and increase its support for global terrorism against America and her allies like Israel. The Iranian Islamist regime could not possibly care less about the well-being of the Iranian people whose living conditions kept deteriorating despite an inflow of billions of dollars from abroad.

Ever since it violently came to power in Iran almost 40 years ago, the ayatollah regime’s aggressive ideology has exported the violent “Islamic Revolution” at the expense of the increasingly struggling Iranian population. The all too familiar decades old regime-led sanctions “Death to America” and “Death to Israel” have increasingly been replaced among many ordinary Iranians with slogans such as “Death to Palestine” and anti-regime slogans. The Iranian people have angrily watched as the country’s resources are disproportionately wasted on financing the ayatollah regime’s support of the Syrian dictator Bashar al-Assad’s regime and terrorism against the West, Israel and Sunni Arab states.

The Europeans and other critics of Washington are of course fully aware of this. In reality, not human rights but commercial greed has turned European countries such as Germany and France into staunch supporters of the Iran deal. At stake are business deals worth billions of dollars for European governments and companies. As a result, France has vowed to lead Europe in defying Washington on Iran sanctions.

Ironically and hypocritically, the same Europe that for decades associated America with a “ruthless Capitalism”, criticizes today the Trump administration for prioritizing international security over profits. Instead of improving the lot of the Iranian people, the infusion of billions have emboldened the Iranian regime to increase the oppression of its own people.

Iran has invested billions of dollars in its comprehensive terrorist network that stretches across the Middle East and beyond. It is unlikely that Washington or anyone else will be able to force the current Iranian to abandon its radical Islamist ideology. However, the biting US sanctions will severely limit the Islamist regime’s ability to continue financing its costly aggression abroad.

The new US sanctions against the Iranian regime are also sending an important message of encouragement to the main victim of the ayatollah regime: the Iranian people. Ordinary Iranians felt betrayed by former President Barack Obama, who looked the other way while the ayatollah regime ruthlessly crushed Iranian protesters demanding freedom and decent living conditions.

America learned an important lesson from its costly misadventures in Iraq and Afghanistan: democracy cannot be imposed from the outside. However, US sanctions could eventually lead to the collapse of the Islamist regime in Tehran and thereby opening up the possibility for a new and brighter dawn for the Middle East and world security. 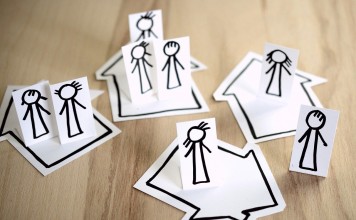 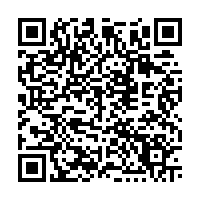